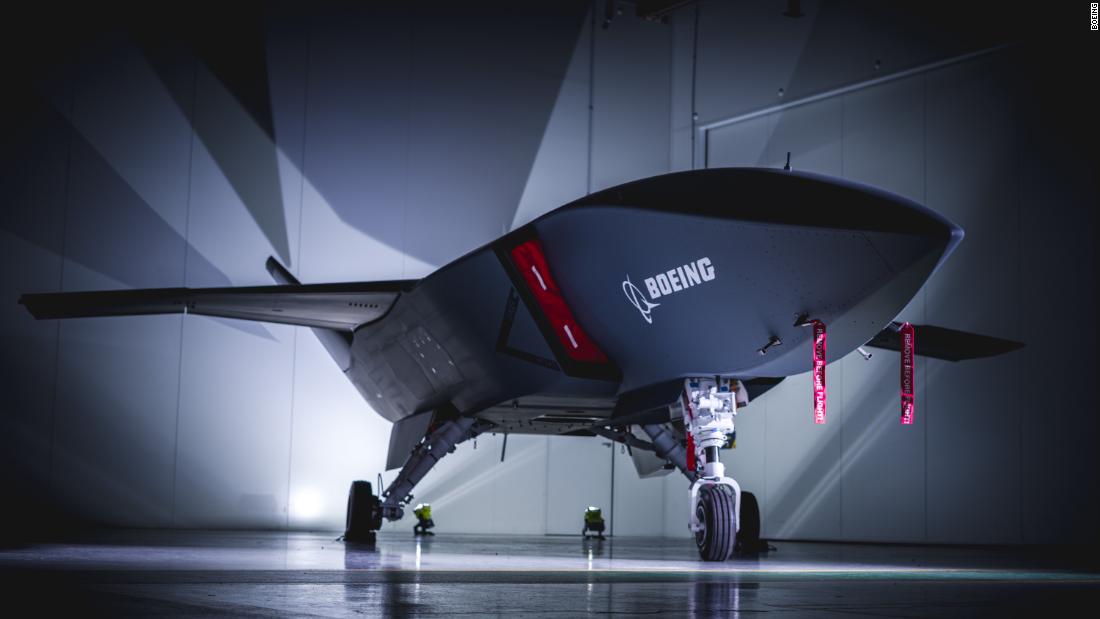 Boeing Australia presented the country’s Air Force on Tuesday with a prototype jet-powered drone that they hoped would one day fly with a manned fighter while bringing artificial intelligence to the battlefield.

The Loyal Wingman, at 38-feet-long (11.5 meters) and with a range of 2,000 miles (3,218.6 kilometers), will “use artificial intelligence to fly independently, or support manned aircraft, while maintaining a safe distance between aircraft another, “according to the Boeing website about the project.

Drones will be able to engage in electronic warfare as well as intelligence, reconnaissance and surveillance missions and exchange quickly between these roles, according to Boeing.

The plane sent in Sydney on Tuesday was the first of three prototypes produced by Boeing.

It was also the first aircraft “that was designed, engineered and manufactured in Australia in more than 50 years,” Boeing said in a statement.

Australian Prime Minister Scott Morrison said the drone would protect the country’s pricier fighter jets like F-35 stealth fighters and their pilots in the future, and the production of unmanned aircraft would help overcome the current crisis, fighting the effects of the corona virus.

“The Loyal Wingman program has helped support around 100 high-tech jobs in Australia. Such projects will be very important to encourage growth and support jobs as the economy recovers from the Covid-19 pandemic,” Morrison said in a statement.

Boeing said the project was the largest investment in unmanned aircraft outside the United States, although it did not provide specific figures, and called it as exportable as the basis of its “Airpower Strengthening System”.

“We are proud to take this significant step forward with the Royal Australian Air Force and demonstrate the potential for intelligent unmanned teamwork to function as a force multiplier,” said Kristin Robertson, vice president and general manager of the Autonomous System for Boeing, Space and Security Defense . “We look forward to testing aircraft and proving the concept of unmanned teamwork.”

The plane is expected to fly for the first time later this year, Boeing and RAAF said in a statement.

Boeing first announced its drone plan at an air show in Melbourne 15 months ago.

The then head of RAAF, Air Marshal Leo Davies, hinted how an unmanned aircraft with artificial intelligence would interact with human pilots in an interview with the Australian Strategic Policy Institute.

“We can program it to learn, but it is learning linearly, it is not emotional and in many ways, in the sense of air combat, is very inflexible,” Davies was quoted as saying.

“When we see a pilot’s ability to assess a situation, it brings a number of emotions and creativity that allow us to be agile.

“We need human flexibility and agility combined with machine speed. When we put it together, we get extraordinary results,” Davies said.