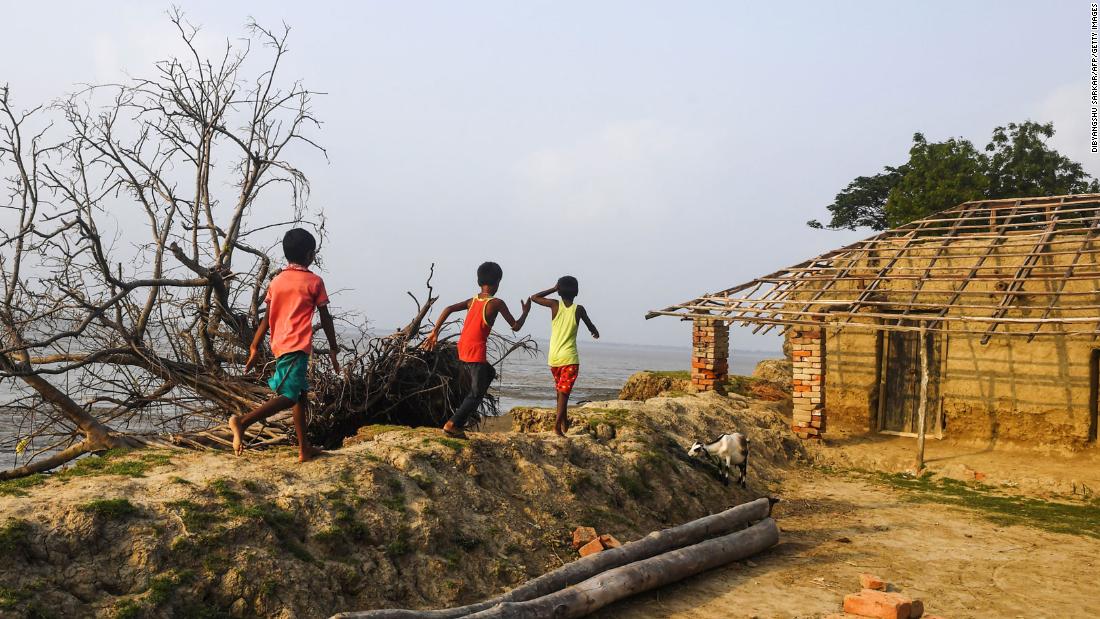 For thousands of years, humans have lived in narrow “climate niches” where average temperatures are ideal for people to develop, and favorable conditions for growing food and raising livestock.

In findings published in Proceedings of the National Academy of Sciences on Monday, a team of international archeologists, climate scientists and ecologists say that if emissions of greenhouse gases that trap heat continue at the current rate, by 2070 billion people will live in conditions hotter than those who have let life thrive for the past 6,000 years.

For every 1 ° C (1.8 ° F) of warming, 1 billion people have to migrate to cooler regions or adapt to extreme heat conditions, the study found.

Tim Kohler, an archeologist at the University of Washington and research co-author, said the findings could be seen as the worst case or “business-as-usual” scenario of what could happen if we didn’t change our ways. . “

Temperatures have changed over the past 6,000 years

Using data on historical global temperatures and the distribution of human populations, the researchers found that just like other animal species, humans thrive in narrow “climate envelopes” throughout the world.

Most of the world’s population lives in areas with annual mean temperatures between 11 and 15 degrees Celsius (51.8 to 59 degrees Fahrenheit). The smaller band between 20 and 25 ° C (68 to 77 ° F) covers areas in South Asia affected by the Indian monsoon – annual rains that irrigate most agricultural land which is vital for food production.

Strangely, say the scientists, humans have preferred to live under these conditions for the past 6,000 years – that despite recent technological advancements such as air conditioning that allow us to push this limit.

“As an archeologist, I always tell my students that our cumulative technology, mind and culture have enabled us to live anywhere,” Kohler said. “Of course that’s true. But it turns out there are different climate zones where we are the biggest, and where we are also most economically productive.”

But change can be forced upon us immediately.

The earth is currently on track for warming of 3 ° C by 2100. This study shows that because the land area heats up faster than the oceans, temperatures experienced by humans tend to increase by around 7.5 ° C by 2070.

As our planet rapidly heats up due to rising emissions, the temperatures experienced by ordinary people are projected to change more in the coming decades than in the past 6,000 years, the study found.

And that can have severe consequences for food production, access to water sources, conflicts and disruptions caused by migration.

“It is reasonable to conclude that if something has been stable for 6000 years, we will not change it without pain or speed,” Kohler said.

Among the hottest places on Earth is the Sahara region of Africa, which experiences an average annual temperature above 29 ° C (84.2 ° F). This extreme condition covers 0.8% of the earth’s land area.

However, researchers say that the extreme heat area is expected to spread to 19% of the earth’s surface, affecting 3.5 billion people in 2070.

Areas that will be affected include parts of Sub-Saharan Africa, South America, India, Southeast Asia, the Arabian Peninsula and Australia – areas with fast-growing populations, said Chi Xu, from the University of Nanjing School of Life Sciences, and other companies. -Writer report.

This is a terrible warning about what could happen if the climate crisis is left out of control.

But there is hope. Scientists say that by reducing global carbon emissions quickly and substantially, the number of people exposed to brutal heat can be reduced by half.

The authors explain that there is some uncertainty as to how the climate crisis will trigger displacement and to what extent, and say this study cannot be used as a prediction of migration.

These figures are also based on projections of the worst cases and there are questions about how actions to reduce climate change, including “political developments, institutional changes, and socioeconomic conditions” can influence these results.

“The worst case scenario can be largely avoided if effective reductions in greenhouse gas emissions are achieved,” Chi said. “Many effective climate mitigation and local adaptation measures will help reduce the negative effects of climate change on human society.”