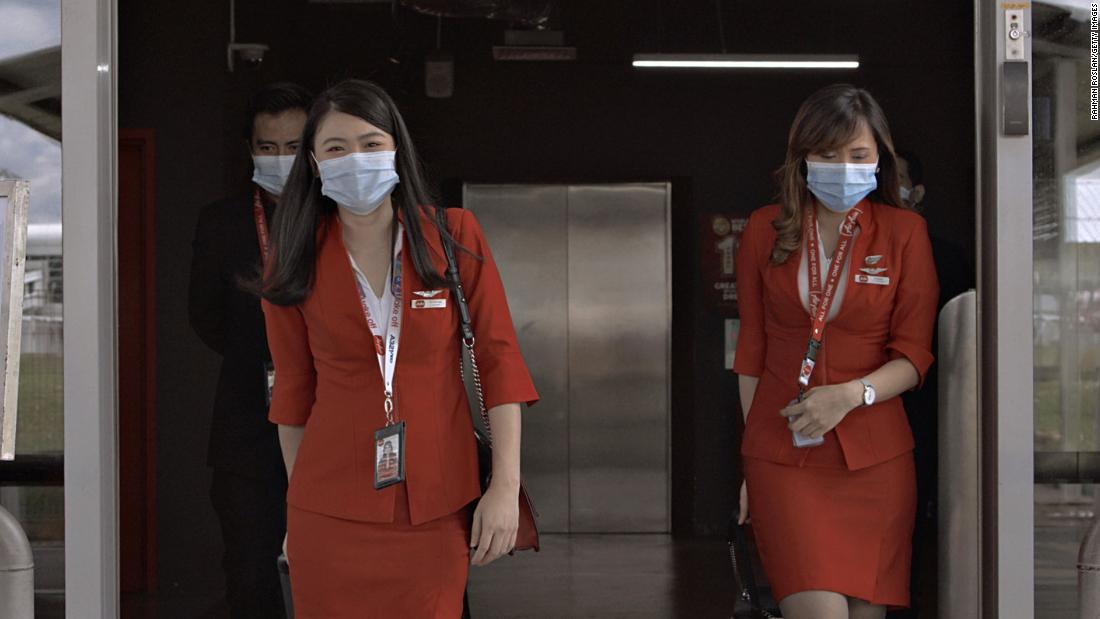 (CNN) – International Air Transportation Association (IATA), a trade group representing airlines around the world, opposes blocking the middle seat on the plane, while recommending passengers and crew use face masks instead.
Why is one of these social distance steps better than the other? It’s about the ability of airlines to make money.

“Evidence shows that the risk of transmission on airplanes is low,” the statement said. “Wearing a mask by passengers and crew will reduce the risk that is already low, while avoiding dramatic increases in costs for air travel that will be carried out with social long-distance measures.”

Blocking certain seats will limit the number of tickets that can be sold by airlines, cutting profit margins that are already thin. Meanwhile, an expanded mask means that every seat can be filled.

“In this condition, no airline can fly and make money from this flight,” IATA Director General, Alexandre de Juniac, told Richard Quest on CNN on the latest episode of “Quest Means Business.”

And the most likely scenario is that these costs are passed on to customers in the form of more expensive plane tickets.

“Compared to 2019, aircraft fares must rise dramatically – between 43% and 54% depending on the region – just to break even,” the release said.

Instead, IATA offers other suggestions so that everyone can stay safe when commercial air travel continues.

This includes requiring all cabin crew and passengers to check temperatures before boarding, limit movement in the cabin during flight, more intensive deep cleaning procedures, and reduce in-flight catering to reduce the number of people to people. people’s interactions.

At present, it still depends on individual travelers, airlines, and airports to decide on their mask policies. Some US airlines, including JetBlue, Delta and Frontier has announced that they will ask passengers to wear masks on the ship.
Frontier, however, takes it one step further by stating it will allow passengers to guarantee that the middle seat in their row will be empty – at an additional cost, Of course.

Canadian Transport Minister Marc Garneau announced the ruling that all passengers who fly to and from the country, including transit passengers who did not leave the airport, would be required to wear some kind of face covering. The policy took effect on April 20.

Scottie Andrew, Marnie Hunter, and Amir Vera from CNN contributed to the reporting.