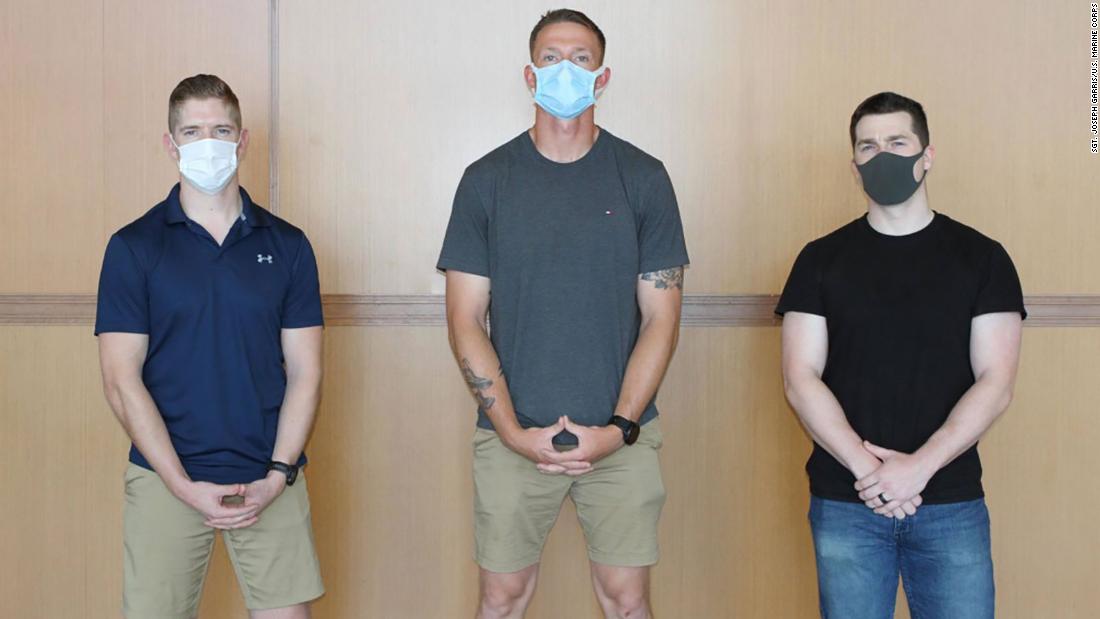 Captain Daniel Kult, Sergeant John Dietrick, and Pfc. Alexander Meinhardt headed to Texas from Tokyo on Monday when a passenger on their flight barricaded himself in the bathroom and began shouting, according to a online statement from the Marine Corps.

Dietrick said that even through the headphones he was wearing, he could hear someone in the bathroom sounding “confused.”

That’s when the three marines gathered outside the toilet while the flight attendant unlocked the door, according to the release. Once open, the Marines hold passengers with flexible ties.

“I knew I had to step in when he was a danger to others and himself,” Meinhardt said. “I didn’t think twice about helping hold it for the rest of the flight.”

After securing passengers to the seat, the marines continue to watch them for the rest of the flight.

It is not clear why the passenger was confused.

“At the moment we cannot identify the airlines or comment on passenger dispositions, because the incident is still under investigation,” Second Lieutenant Marine spokesman Kayla Olsen told CNN.

The US Attorney’s Office for the Central District of California and the FBI continues to investigate the incident, according to the release.