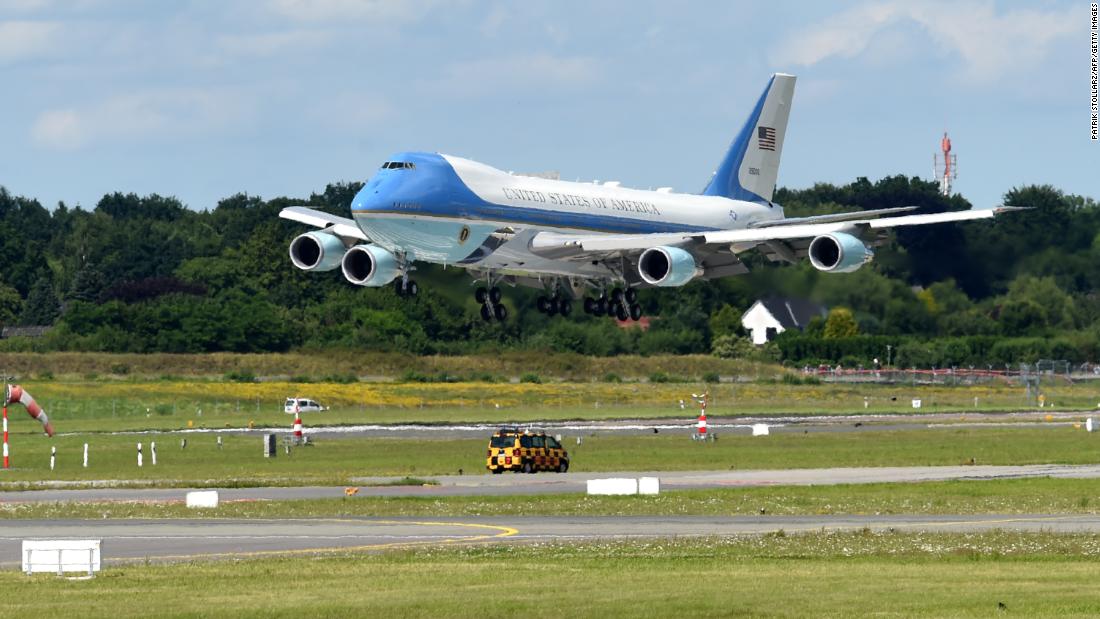 Miller is now the second White House staff member known to have tested positive for the corona virus this week, after one of Trump’s private valet tested positive on Thursday.

“She is an extraordinary young woman, Katie, she was tested very well for a long period of time and then suddenly she was tested positive,” Trump said in a meeting with Republicans in the White House.

The president said that Miller had not been in contact with him but noted that he had made contact with Pence.

The announcement came after an hour-long delay for Friday morning Pence’s flight to Iowa, when people were seen exiting Air Force Two before the plane lifted off the runway at Andrews Joint Base outside Washington.

A senior administration official told the press pool in Air Two that a Pence staff member, whom they did not mention at the time, was negative for the corona virus Thursday and positive on Friday morning. Katie Miller, who was not on the plane, may have been in contact with six people who were scheduled to fly on the journey, and they were moved before takeoff, according to a senior administration official.

The pool was told Friday afternoon that everyone who got off the plane had been tested for the corona virus and had tested negative.

The vice president, who heads the White House coronavirus task force, traveled to Des Moines, Iowa, to participate in discussions with religious leaders about responsible religious and spiritual gatherings, followed by round tables to secure food supplies.

READ  8 Easy Ways to Add Protein to your Diet

Agriculture Secretary Sonny Perdue, as well as Iowa Republican Senators Chuck Grassley and Joni Ernst were also in Air Force Two with Pence for the trip.

About 10 Pence staff members are tested every day, the senior administration official told the press, adding that “the vice president and president have not been in contact with this person recently.”

The official said Pence was last tested on Friday morning.

On Thursday, CNN reported that a member of the US Navy acting as one of Trump’s personal valet was tested positive for the corona virus.

Valet is a member of an elite military unit dedicated to the White House who often works very closely with the President and first family, helping them with various personal tasks. They are responsible for the President’s food and drink not only in the West Wing but they also travel with him when he is on his way or abroad.

Trump was upset when he was told on Wednesday that the waiter had tested positive, a source told CNN, and the President was later tested again by a White House doctor.

The president also said he had “very little personal contact” with the man.

After the news about servant’s illness, Trump said he would be tested for coronavirus every day. Pence, White House staff, and people who make contact with the President will be tested every day too.

READ  iGaming trends that will shake the market up in 2022

Trump said before traveling with Air Force One earlier this week that he was not worried about being in close proximity to others because people around him were regularly tested.

But negative tests and lack of symptoms are not sure signs that a person cannot spread the virus.

During a recent trip to the Mayo Clinic, Pence did not wear face masks, despite being told about clinic policies that said they were needed. Pence told reporters that he was not wearing a mask because he was often tested for coronavirus. But a few days later, Pence said he should wear a mask.
Trump also refused to wear masks this week during part of his tour of mask-making facilities in Arizona.

Jason Hoffman from CNN contributed to this report.