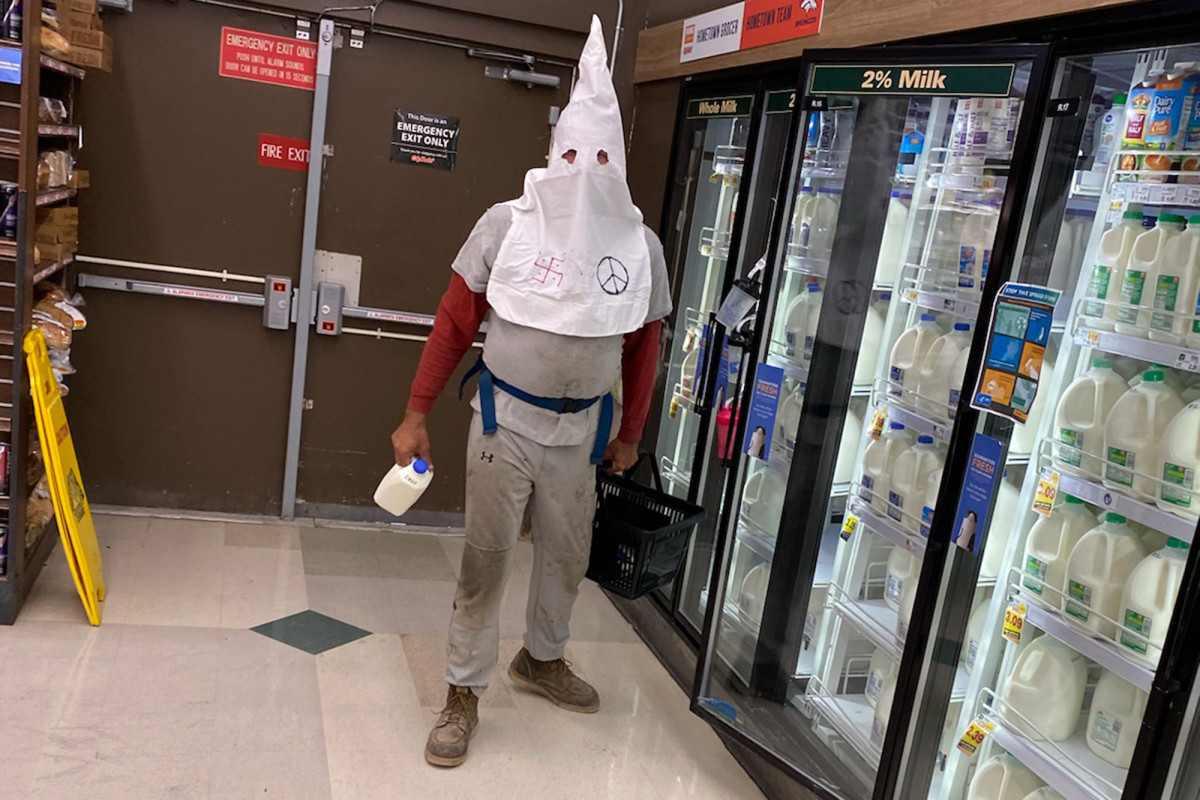 Colorado police are searching for a man wearing the Ku Klux Klan Hood to go to the grocery store – this is the second time this month that someone in the United States has pulled a hate stunt.

The man entered the City Market in Dillon on Thursday and walked into the store until he was asked to leave, which he refused to do. An employee at the store later called the cops, Summit Daily News reports.

The man fled before officers arrived, but police are working to identify him and his vehicle using surveillance footage, the newspaper reported.

“Right now, they are trying to identify him, contact him and take him from there,” a grocery spokesman told the newspaper. “Obviously, we take this kind of action very seriously.”

Video of the incident Received by KUSA When holding a basket and milk container, the man shows it to chat with other customers. Before one of them could say something about his hood he stood beside the other three shopkeepers, shrugging his shoulders and urging him to leave.

The man was arguing with customers and workers who approached him until he left the store. In a statement to the station, the grocery chain said it had “diversity and inclusion” and respect for every customer.

“We ask our customers to respect these values ​​while in our stores,” the statement reads. “Our shop leaders have the power to quickly and respectfully address anyone who ignores these values, including blatant symbols of hatred and intolerance.”

Another person was wearing a KKK hood while shopping for groceries earlier this month in Santee, California. He was asked by clerks and a supervisor several times while shopping at a van supermarket on May 4th.