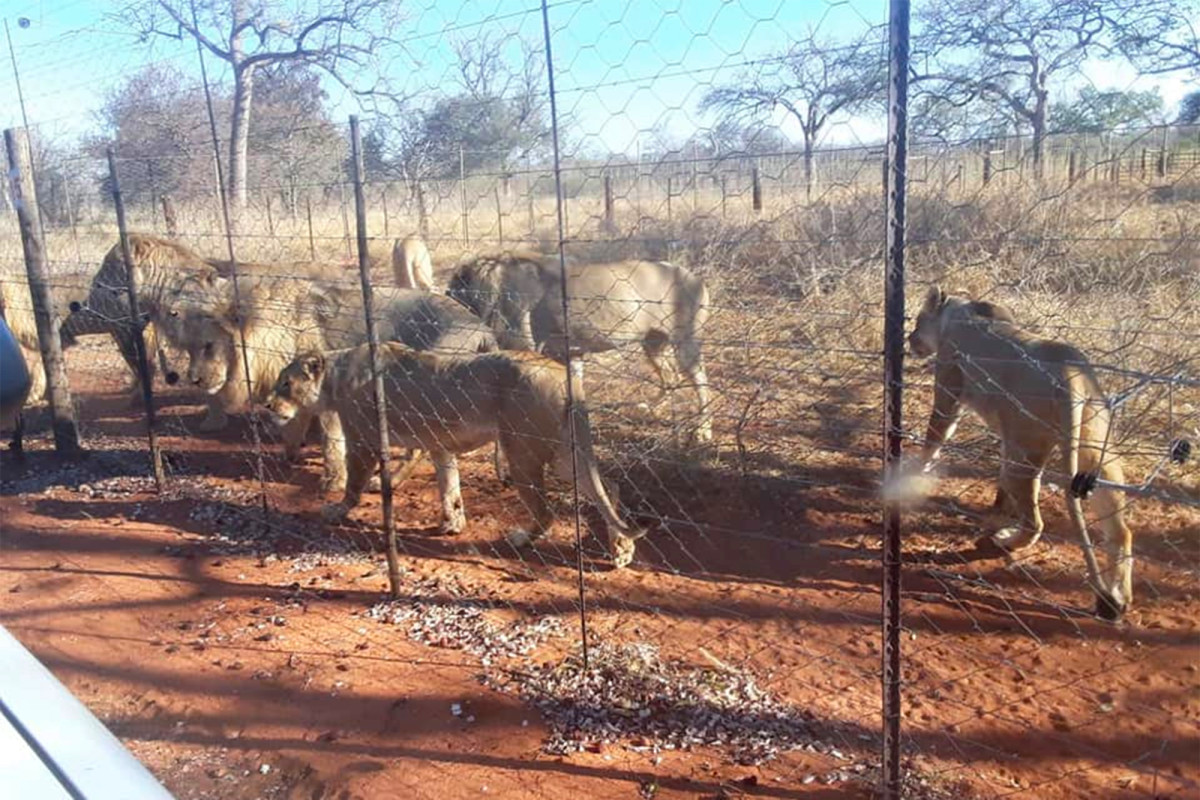 Falling lions have been released from cages in a playground where animals are shot by rich trophy hunters.

They say they had previously escaped from the Ingoko Safaris Park in South Africa’s Limpopo province, where more than 70 large cats – including tigers – were taken captive.

The country’s leading animal welfare organization has now confirmed that the park’s owner, Walter Slippers, is being charged.

He has been repeatedly questioned over allegations that the animals are in poor condition.

Slippers are said to have 72 lions on his farm, where a giraffe feeds them every two or three weeks.

Douglas Wolhuter, from the National Association for the Prevention of Cruelty to Animals (NSCA), said slippers should never be allowed to keep large cats topped.

“Not only is fencing completely inadequate, but the welfare of these animals is constantly being compromised,” he said.

NSPCA officials inspected the property last month, where Vohluter said there were “poor conditions” and “underweight lions” in “unhealthy and small enclosures.”

On Facebook, Slippers denied there was any truth in the statements.

“The media will tell you anything to sell a story, and there is no truth in this,” he wrote. “The lions are back in their camp and safe.”

Animal Welfare Committee, Four Paws, Is one of the organizations working to end the captive lion industry.

READ  Christian, 83, a resident of the first nursing home, vaccinated Kovid in Gironde

They also have their own sanctuary, Lionsrack, dedicated to the rescue of abused lions and other large cats.

There are about 260 farms across South Africa that grow lions to satisfy the wishes of wealthy hunters.

Every year, thousands of tourists flock to the area, kill exotic animals and take their carcasses home as a trophy.