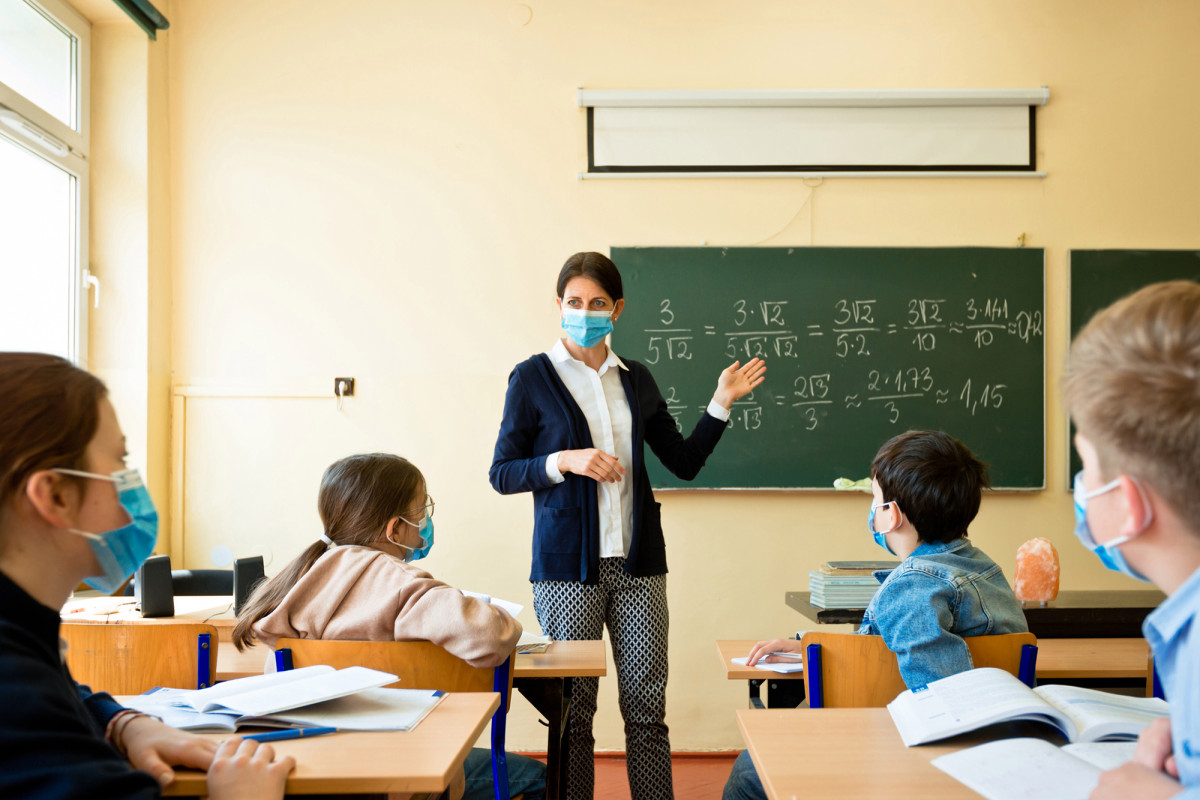 The reopening of classrooms across the country may look very different, as 1 in 5 teachers say they will not return to the classroom if schools reopen in the fall, a new poll has found.

The number is even higher among teachers 55 and older, with one in four saying they should not foresee themselves in front of young minds in the coming months. According to the USA Today / Ipsos poll Released on Tuesday, it voted 505 teachers from kindergarten through high school.

“As our world has changed, everything we do, including how we view and access education, has changed,” said Ipsos president Chris Young.

“Although Americans are optimistic about the return of private learning, there is great anger among teachers, parents and the United States about how to keep our schools safe if the virus is not completely present.”

In addition, 83 percent of the teachers who voted said they had difficulty in their current jobs, and two-thirds said they were unable to work properly since they began teaching at a distance.

Ohio High School teacher Andy Brown, 43, told the newspaper: “For the first time… these last three months I’ve been working on a job and doing this to get a paycheck.

“The level of engagement with the students is not there. This is the reason I embark on this career – to see and feel the connection and engagement and their enthusiasm.”

New teachers reported having a harder time with distance learning than their more experienced peers – a poll found that 60 percent of those with less than five years of work were not well-versed in their new reality.

In a parallel poll of 403 parents of students from kindergarten to high school, 52 percent of parents felt that teachers had difficulty learning distance.

However, USA Today reported that a “significant share” of teachers and parents who voted – or about 40 percent – oppose returning to classrooms before finding a coronavirus vaccine.

Nearly one-third of parents said it was “very possible” to consider options at home, instead of sending their children to reopened classrooms.

Of the possible solutions, two-thirds of teachers and parents support the idea of ​​teaching in class three days a week. The same part of both groups supports the notion that teachers should be at a higher risk of contracting COVID-19 to continue teaching online, the survey found.

The survey of teachers and parents had confidence intervals – such as margin of error – plus or minus 5 and 5.6 percentage points, respectively.

Some teachers expressed concern about maintaining proper social distance and wearing masks at children’s schools, saying that 8 out of 10 educators expect to wear them when they return.