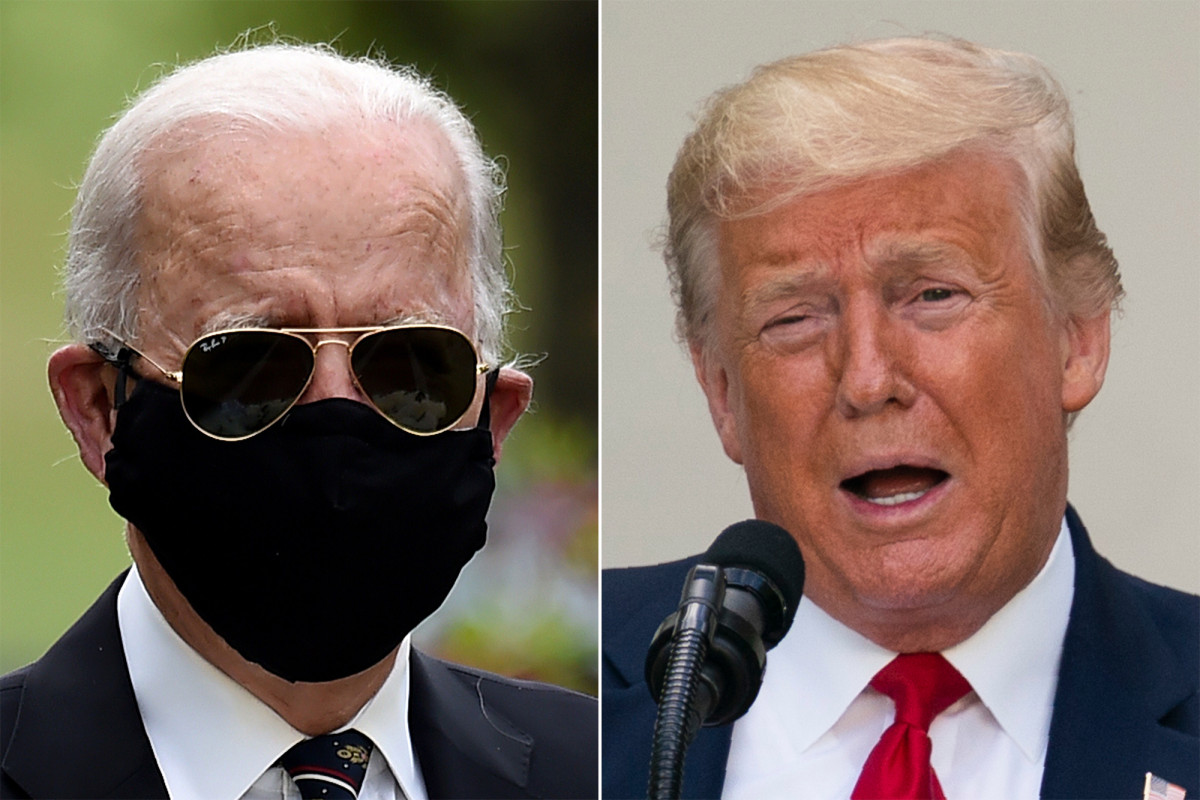 WASHINGTON – Joe Biden has branded President Trump “an absolute idiot” for mocking the Democratic nominee for a mask at a Memorial Service Monday.

In an interview with CNN’s Dana Bash, she was asked about former Weep Trump Retweet of a Fox News commentator He mocks Biden’s decision to wear a mask at a service.

“He’s an idiot, a complete idiot for talking that way,” Biden, 77, said in his first face-to-face interview since his presidential campaign for the coronavirus epidemic.

“That is, every leading doctor in the world tells you to wear a mask when you are in a crowd, especially when you are inadvertently getting closer to 12. You know you’re going to be in a position.

Bash asked the Democrats if they were expecting strength or weakness in wearing a mask, to which Biden replied “leadership.”

“It presents and projects leadership. Presidents must be guided, not to be fooled, to be falsely masculine,” he said.

In a tweet shared by Trump, Fox News commentator Brit Hume shared a photo of Biden’s black mask and his trademark aviator sunglasses, reviewing: “This will help explain why Trump does not want to wear a public mask. Biden today. “

Biden was also asked about controversial comments he made last week to a prominent radio host who said African-American voters had difficulty choosing between him and Trump.

He called the comments “wrong,” but host Charlemagne blamed God – saying to Bash, “He’s a smart guy. I kindly respond.”

Biden was heartbroken when he pressed on whether he would choose a woman of color as his deputy – a fever pitch in the race to join his ticket and now a trial process is underway.

“There are women of color, women from every part of the country are under consideration because there are so many women in this country who are ready, but I’m not ready to make that commitment,” she said.