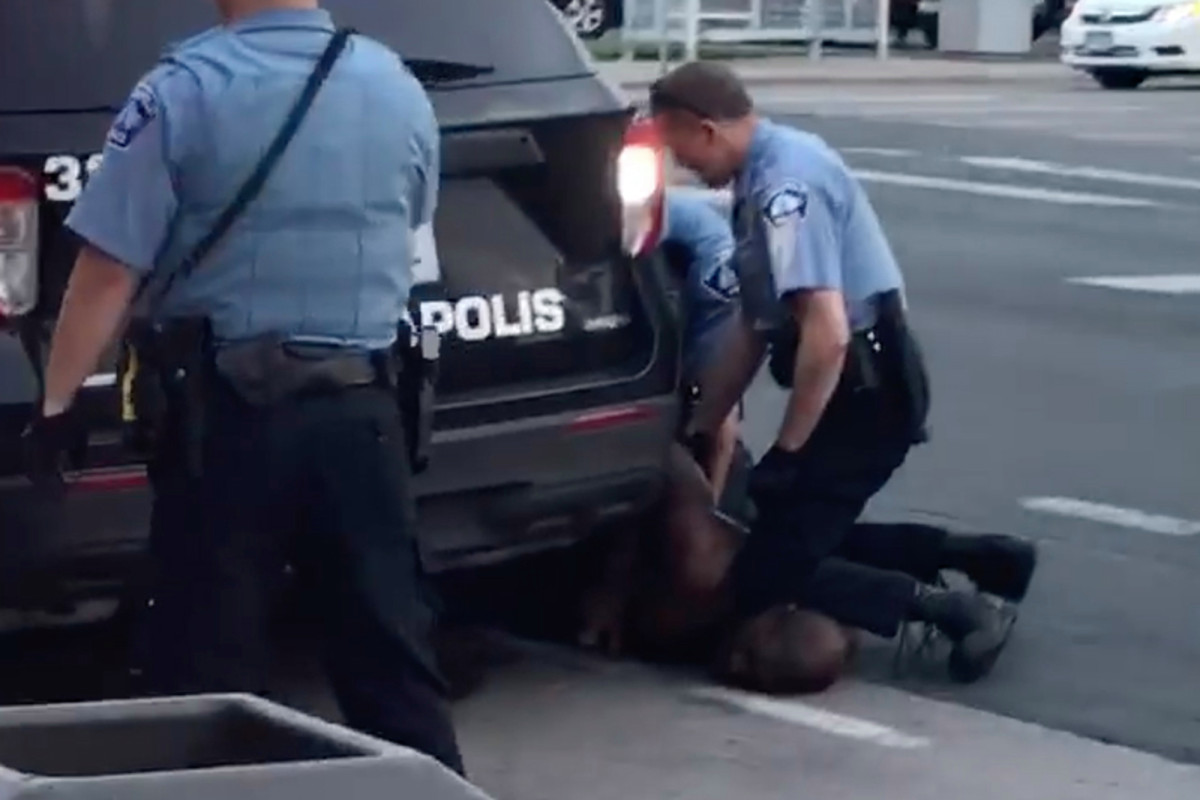 In the disturbing video, a Minneapolis police officer was fitted to the neck of a lamented black man with his knee, and he later died.

These footage, shared by viewer Dornella Frasier, revealed that the man was in distress on the ground in the basement of a squad car.

In the clip, viewers repeatedly beg the white officer to take his knees off the man’s neck. At one point, the man did not respond.

“Fellow, he’s not even moving the F-King!” Someone tells the police. “Get off his ass!”

Another visitor asked the cop, “Did you kill him?”

The Minneapolis Police Department said Monday night it was responding to a report of a “fraudulent progression” and advised that the man, believed to be in his 40s, was under the influence.

Police said they were ordered to get out of his car, which he complied with, but were later “physically resistant officers.”

“Officers were able to apprehend the suspect in handcuffs and noted that he was suffering from medical depression,” police said.

The unidentified man was taken to Hennepin County Medical Center, where he “died a short time later,” authorities said.

“At no time did anyone involved in the incident use weapons,” police said.

FBI and state officials are now investigating his death as officers are placed on paid administrative leave. CBS Report.

Frasier, who took the video, posted on Facebook that “the police killed him, colleagues, in front of everyone.” The Washington Post reports.

“He was crying, and I couldn’t breathe. They killed this man, ”Frasier wrote.