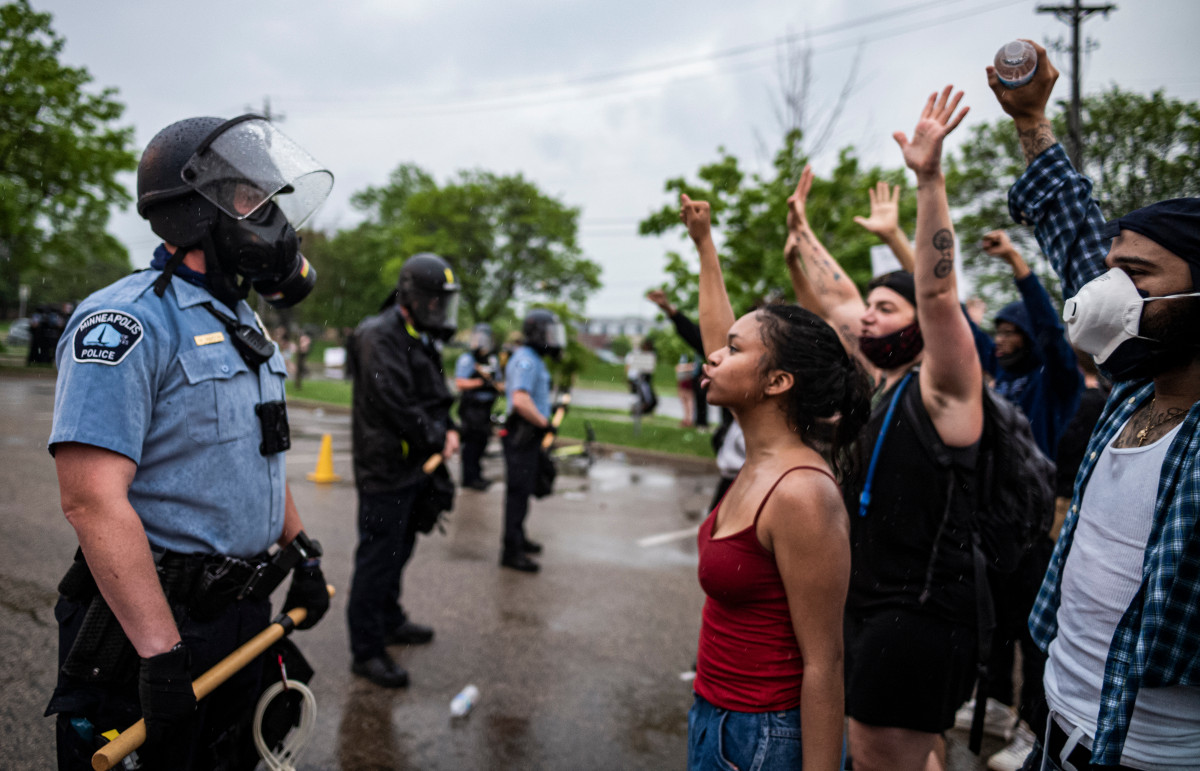 A protest in Minneapolis over the death of a black man in police custody turned violent Tuesday night when demonstrators clashed with police and trashed a building, according to reports.

By six o’clock in the evening several hundred demonstrators. Separated from a mainly quiet afternoon rally, marching to the 3rd in the Minneapolis Police Department to protest the death of George Floyd, WCCO-TV reports.

In the viral video, Floyd is trapped by a white Minneapolis police officer, who shouts “I can’t breathe” before he dies.

The group targeted the spot because four Minneapolis cops – all of whom were fired – were believed to have worked there.

The unruly demonstrators threw rocks at the windows of the building and destroyed at least one patrol car, 9 shots of fox.

You can hear an opponent, as the others cheer.

The riot police arrived and threw tear gas at the protesters, who targeted the authorities with rocks, water bottles and other items, according to the report.