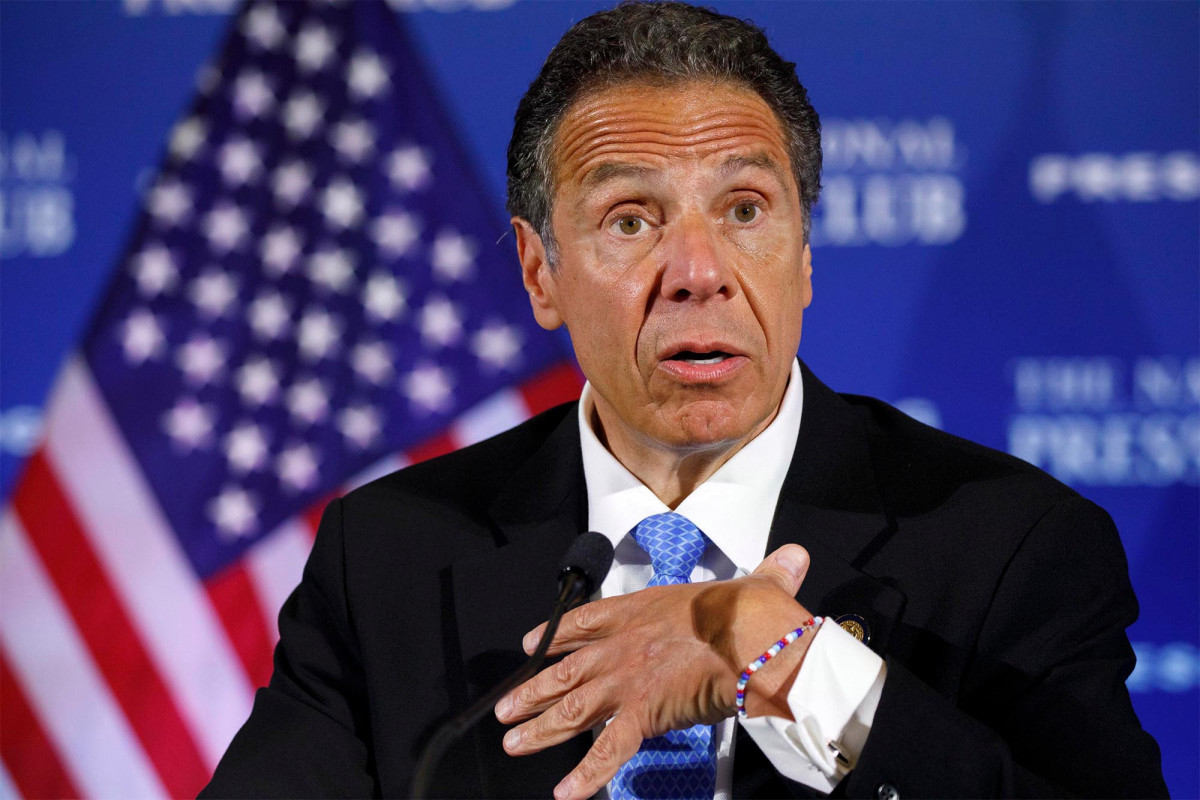 Gov. Andrew Cuomo stressed he had a “good conversation” with President Trump during Wednesday’s White House meeting on New York’s infrastructure. – but surely it seems in no hurry to talk about this.

After revealing from sitting down, Cuomo held a press conference in which he went to the first half-hour of recycling, not to mention the meeting with the commander.

That’s when reporters at the National Press Club in Washington, DC, coughed up some details about Cuomo Huddle, saying that they were focusing on improving infrastructure projects in New York, for their own benefit and for the revitalization of the state’s corona virus-hobbled economy.

“It’s not about politics,” Cuomo said. “It’s super-charged how to reopen, especially in New York.”

Cuomo highlighted projects include the revitalization and expansion of the Hudson River Amtrak mines, the replacement of the air train at LaGuardia Airport and the next phase of the Second Avenue subway.

“It’s a good conversation,” Cuomo said. “I think the president has acknowledged that we are very aggressive in doing these projects in New York.

“I have a shovel in the trunk of my car. We’ll start this afternoon.”

Despite his interest, Cuomo said he would keep his wishlist short to avoid making the president too much.

One thing that did not come up during the Cuomo meeting was that he was trying to take responsibility for Trump’s widely criticized policy of turning nursing home coronavirus virus-positive patients.

The governor told critics earlier this month that he would “listen to President Trump”, denouncing his criticism as partisan and attacking The Post for reporting on the fire storm issue.

While in Washington, Cuomo took time to renew his call for lawmakers to provide much-needed funding to state and local governments during the next round of fiscal relief negotiations, specifically calling on Senate Majority Leader Mitch McCall (R-Ga.).

Like his previous epidemic, Cuomo rejected the “blue-state bailout” of the “ugly” partisan position of helping hard-hit states, including New York.

“Do you want to cut schools now? Do you want to reduce hospitals now? ”Cuomo asked, citing what he warned would fall if New York didn’t get the help it needed.

Cuomo also provided an update on the return of the Corona virus home, where measurements will continue to move in the right direction if they continue to speed up.

However, a further 74 New Yorkers died in the 24-hour period that ended at midnight on Wednesday, steady after losing 73 in the previous period and raising the number of confirmed deaths to 23,643.

“Only 74 deaths during this crisis are less than truly tragic news,” Cuomo said. “But when you pass what we’ve been through, it’s a sign that we’re heading in the right direction.”