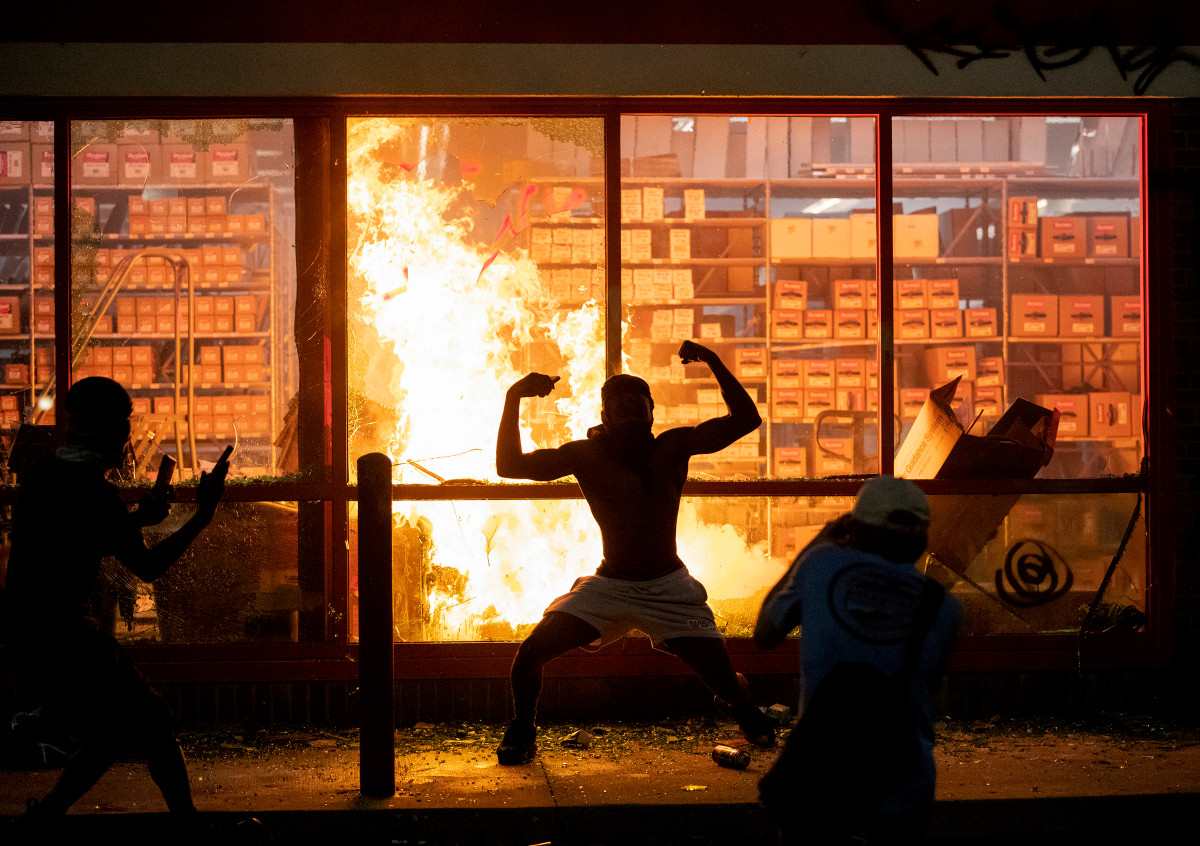 Authorities say a man was shot outside a Minneapolis soldier’s shop Wednesday night after violent protests over the death of George Floyd.

Minneapolis police are investigating reports that the victim was shot by a business owner, police spokesman John Elder said at a press conference Thursday morning.

The man was found shot to death outside a Cadillac pan and jewelry on East Lake Street near Bloomington Avenue around 9:25 pm. Local time, Elder said.

“This is one of the principles we are working on,” replied a reporter, questioning whether there was any credibility to the story that the owner shot a robber who tried to enter his shop.

“As I said, the body was found outside. We have two different views on what happened, ”Elder told reporters.

Elder said that police are holding a suspect.

He noted that the murder took place “near protests” over the death of Floyd, a black man who died in police custody.

In the viral video, Floyd is trapped by a white Minneapolis police officer, who shouts “I can’t breathe” before he dies.

The protests over his death escalated on Wednesday night, when demonstrators looted a target and set fire to the auto zone.

Wednesday’s meetings were the second consecutive day in the 3rd Circle of the Minneapolis Police Department, with some destroying the building.

The veteran denounced the chaos that unfolded Wednesday night.

“This is not what you do,” he said. “It’s very disrespectful, it’s mind-boggling – it really is. People are using it to make bad decisions.”

But not all protests are violent. On Wednesday, a group of protesters danced quietly down the street at a meeting where Floyd was arrested.

READ  EU retains off selection on borders, US to be excluded | News