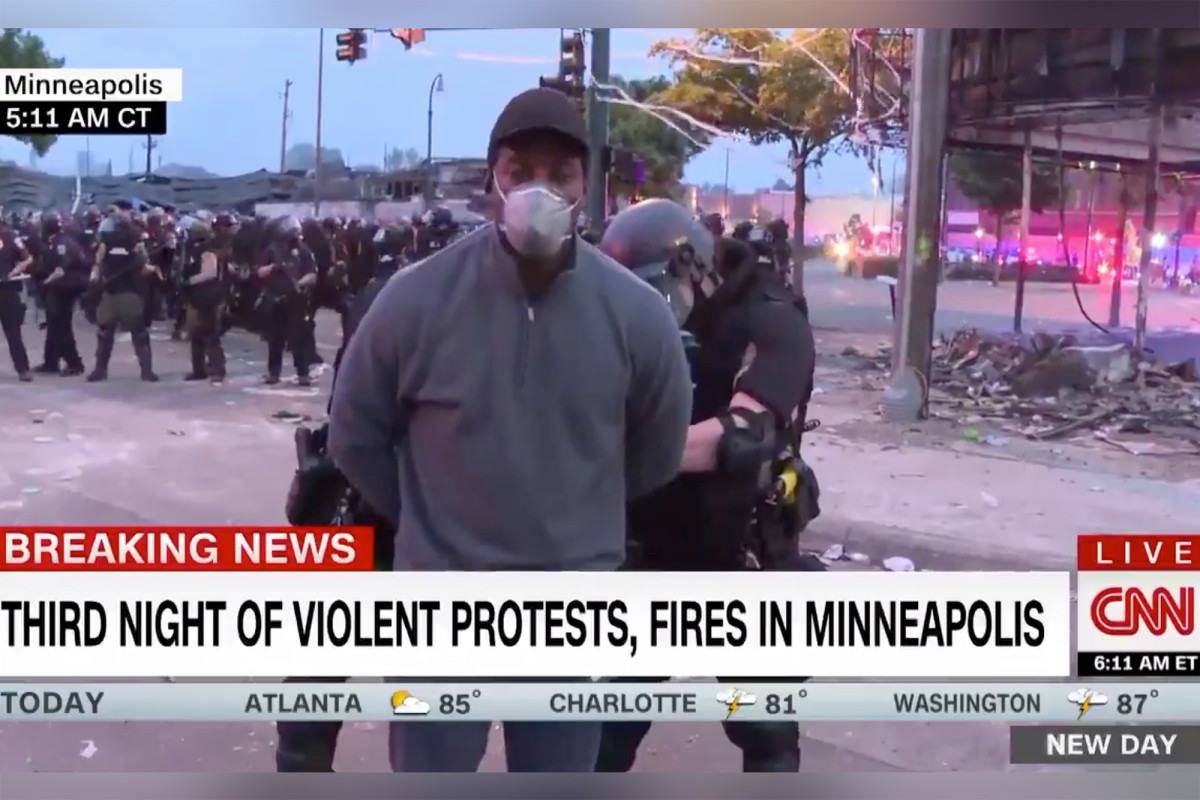 CNN crew arrested on live television covering the protests in Minneapolis over the death of George Floyd.

Reporter Omar Jimenez and his team were handcuffed and detained by Minnesota State Police just after 5am local time. Pinaiyattinpati.

The group was told they were being detained because they were told to move, a member said.

Officers in body armor and riot gear moved toward the group after first arresting an opponent, Shows live feed.

Jimenez identified himself as a CNN reporter and told authorities that the crew would go where they were told.

“This is the scene we play here in Minneapolis,” Jimenez says in the air as an officer grabs his arm. “This is part of a much improved police presence. In a matter of minutes, we saw the local police showing firefighters in the building with the fire department.

“This is part of the state patrol unit, which is advancing on the street. At that time, people were scattering demonstrations to leave the area,” he said. “So we walked over and cleared the area.”

At the time, a second officer told him that he had been arrested, and the couple handcuffed him.

They did not answer his questions about why he was being arrested.

Jimenez and his crew were reported near the Minneapolis Police Department at 3 p.m., which set fire to the area between the protests.