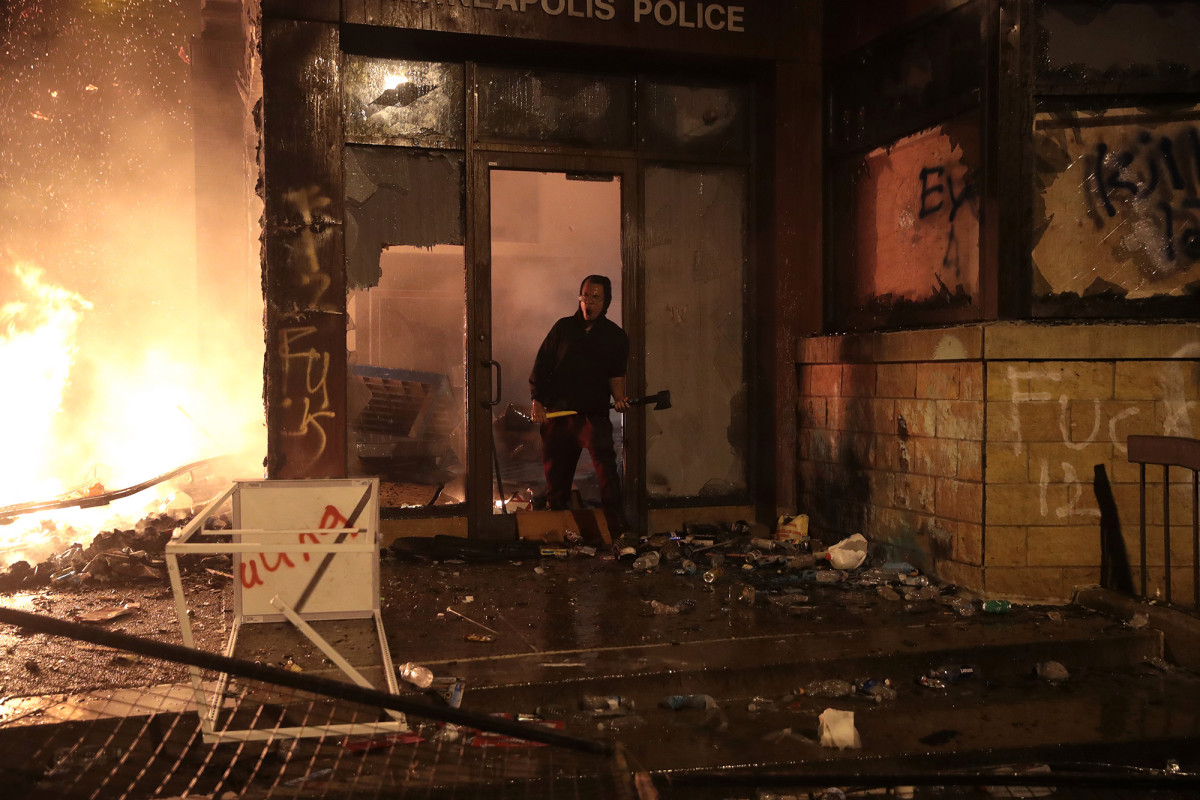 Health officials are warning that mass protests spreading in Minneapolis after the death of George Floyd could have unintended consequences of increased coronavirus cases in Minnesota.

State health commissioner John Malcolm said it was understandable that people would want to oppose Floyd’s death while in police custody, but warned of the risks of their exposure during the epidemic. The Star Tribune reported.

Minnesota reported 35 deaths from sickness on Thursday, and the death toll was 967.

“People are motivated to come together to speak, to unite and to protest. We certainly respect and respect that right,” Malcolm said.

“We know, large crowds are at risk of any infection, but we certainly stand with the COVID-19 spread in our community today.

The state is also one of 20 people listed on the Cowitt Exit Strategy website, which is “getting worse” due to an increase in case numbers and hospitalization, the Star Tribune reported.

Blacks compiled at least 29 percent of cases with racial information listed in Minnesota, despite more than 6 percent of the state’s population.

Churches have been able to provide services for up to 250 people or 25 percent of their capacity, and since restaurants and bars are allowed to offer outdoor service starting Monday, government restrictions have been slashed.

READ  In Pace de la Louir, dance tees are the source of clusters