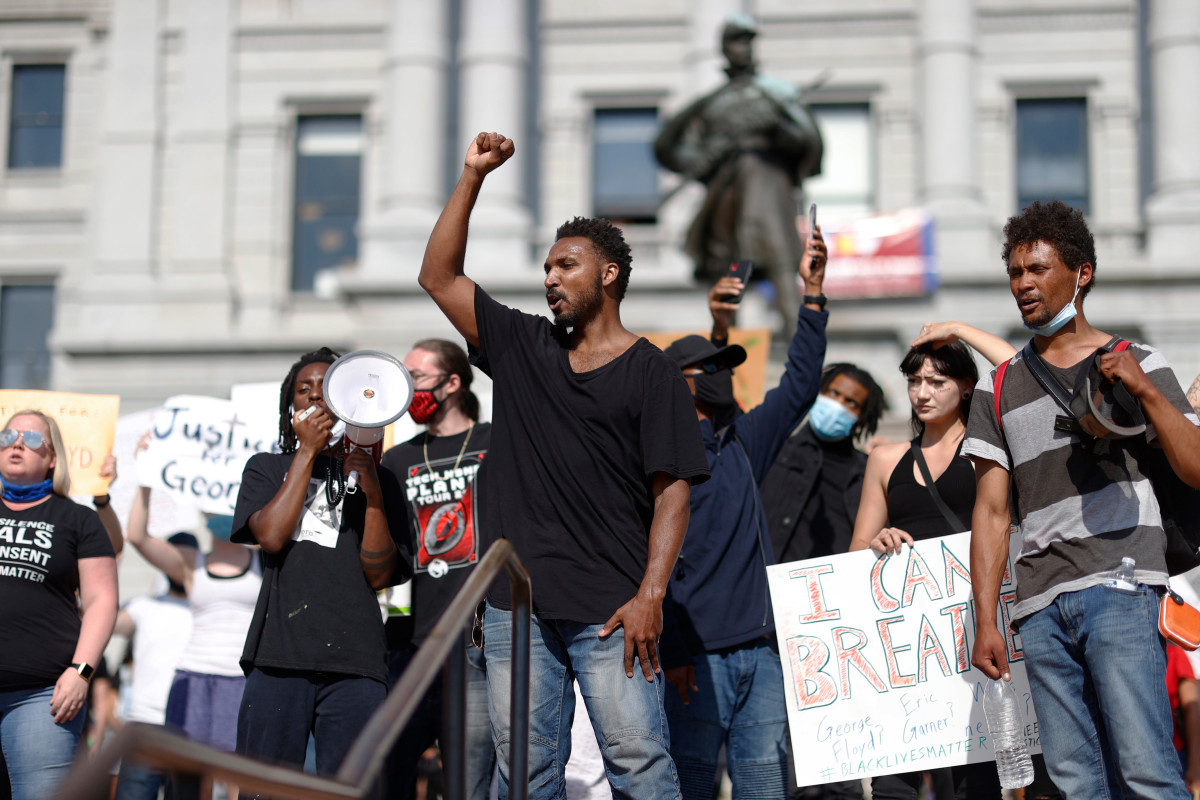 The George Floyd demonstration was fired in Denver on Thursday evening, filmed after an opponent was arguing with a driver.

The shooting occurred in a park across the street from the Colorado Capitol, and many of the hundreds of protesters already assembled marched into the city, according to Colorado State Patrol spokesman Gary Cutler.

It was not clear whether the demonstrators were being targeted, but about six or seven shots were fired. No injuries were reported.

“We were shot,” Tweeted State Representative Leslie Herod at the Capitol at the time.

Herod said one person had been arrested in the shooting and that the scene was “tense.”

Floyd, a black man who died in police custody in Minneapolis on Monday, was filmed shouting “I can’t breathe.” Four officers in Floyd’s custody have been fired.

Protesters carried signs reading “Killer cops are F-Q off” and “not racist” The doorbell rang To the Capitol, the slogan is “black lives matter.”

Groups slowed traffic as they marched through Denver. In a heart-stopping clip posted on Twitter, a driver can be seen deliberately clipping an opponent with their SUV.

The video begins with several protesters circling the vehicle as a young man bends over the hood of the car. As the driver turns to gas, the crowd dissolves and the person jumps out of the vehicle.

But then the driver hits a sharp U-turn on the street to knock the person out.

“Downtown Denver. Some of the women turned up to run this woman, ”the protester who posted the clip tweeted.

“We wanted a peaceful fight,” he added The second tweet. “Everybody got out of the car and she deliberately turned around and ran over him.”

Floyd’s death has provoked outrage across the country and led to violent protests in Minneapolis and protests in other major cities, including New York and Los Angeles.