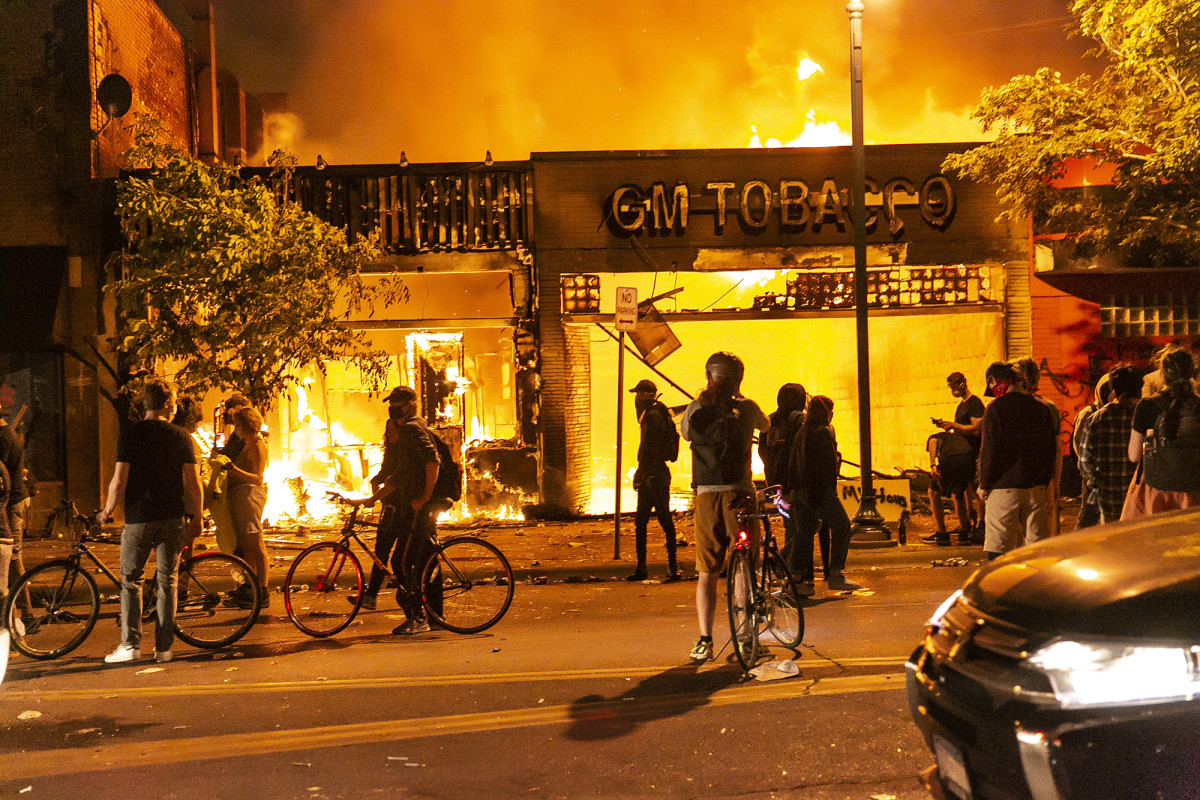 African and Latino immigrants turned East Lake Road in Minneapolis into a bustling area with restaurants, nail stations and auto repair joints. Now, they see all the hard work they put in to beat it.

Abdeshakur Elmi sat in his car on Friday, watching the flames coming from the building next to his Hamdi restaurant, which opened after migrating from Somalia in 1996.

Protesters marched to protest the death of a black man named George Floyd, who died while kneeling on his neck when a white police officer was arrested.

The crowd smashed the store’s front windows and burned the neighborhood’s police station. Minnesota Gov. Tim Walls stopped the National Guard overnight, but no one showed up at Elmie’s Restaurant.

The Times reports that Elmi and her fellow business owners, many black and Latino, understand the anger over Floyd’s death because they are angry but cannot understand their plunder.

Some have attempted to keep the robbers with unity messages attached to their windows – for example, “African-owned business.” The request did not make a difference; Broken glass was scattered across the street Friday.

The damage reminded Elmi and his restaurant supplier Mohammed Abdi of growing up in Somalia, where the government lost control of the militants, they told the Times.

“We have no law and order.” This does not help George’s family.

50-year-old Eli Aswan has had to move dozens of cars from his hometown since he arrived in Tanzania 20 years ago.

On Tuesday, thieves took more than $ 17,000 worth of auto repair equipment and headers, and two robbers carrying gas cans fried one of the boards outside his window and then retreated early Friday morning.

“It’s very dangerous,” he told the Times, adding that he worries about his sons – 16 and 19 – as described by police.

50-year-old Eloy Bravo hoped to reopen his looted Lupita nail station the following week after being shut down for several weeks due to an outbreak of coronavirus. The robbers seized more than $ 10,000 worth of goods and equipment, including a cash register.

“We were very excited,” Bravo, from Puebla, Mexico, told the Times. “Now, I have to shut up.”

Then he asked: “What have I done to make people come and destroy what I built in 15 years?”