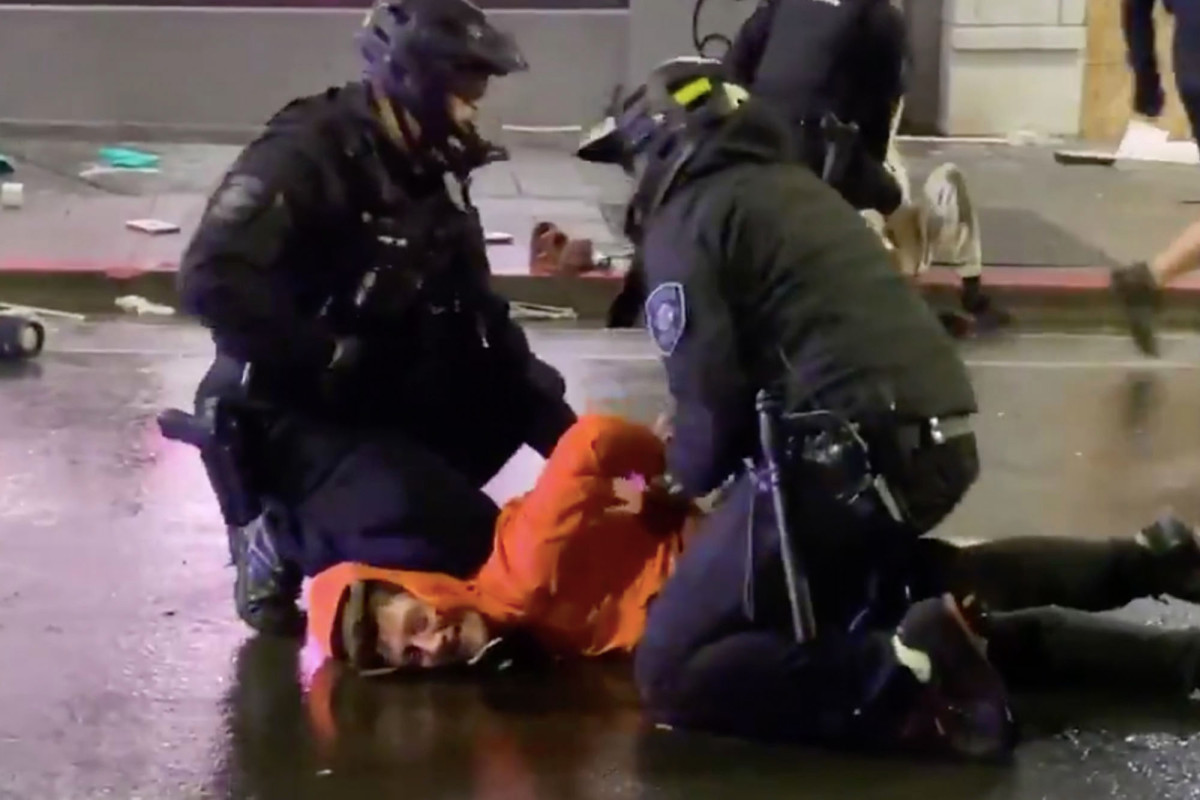 New video shows a Seattle policeman stopping his colleague from kneeling to his neck during protests over the killing of George Floyd – who died after being confined in the same way.

In the clip on Twitter, an officer is seen kneeling in the person’s neck despite repeated cries from several protesters.

“Get your f-king out of his knee and his neck,” one of the audience could hear the shout.

Police held her knee in the man’s neck for about 13 seconds before the other officer grabbed her colleague’s knee, the video shows.

McKnight said police were responding to reports of a robbery at a T-Mobile store, but it is unclear why the man was arrested.

Minutes before his arrest, the same officer kneeling on the person It seems to be seen in another video Kneeling on the other opponent’s neck.

The video shows the policeman removing his knee from the other man’s neck as the first opponent rushes over and tackles him.

The Seattle Police Department did not immediately respond to a request for comment.

READ  Avalanche - Canadian | Gallagher and Niku on the sideline, Perroll behind