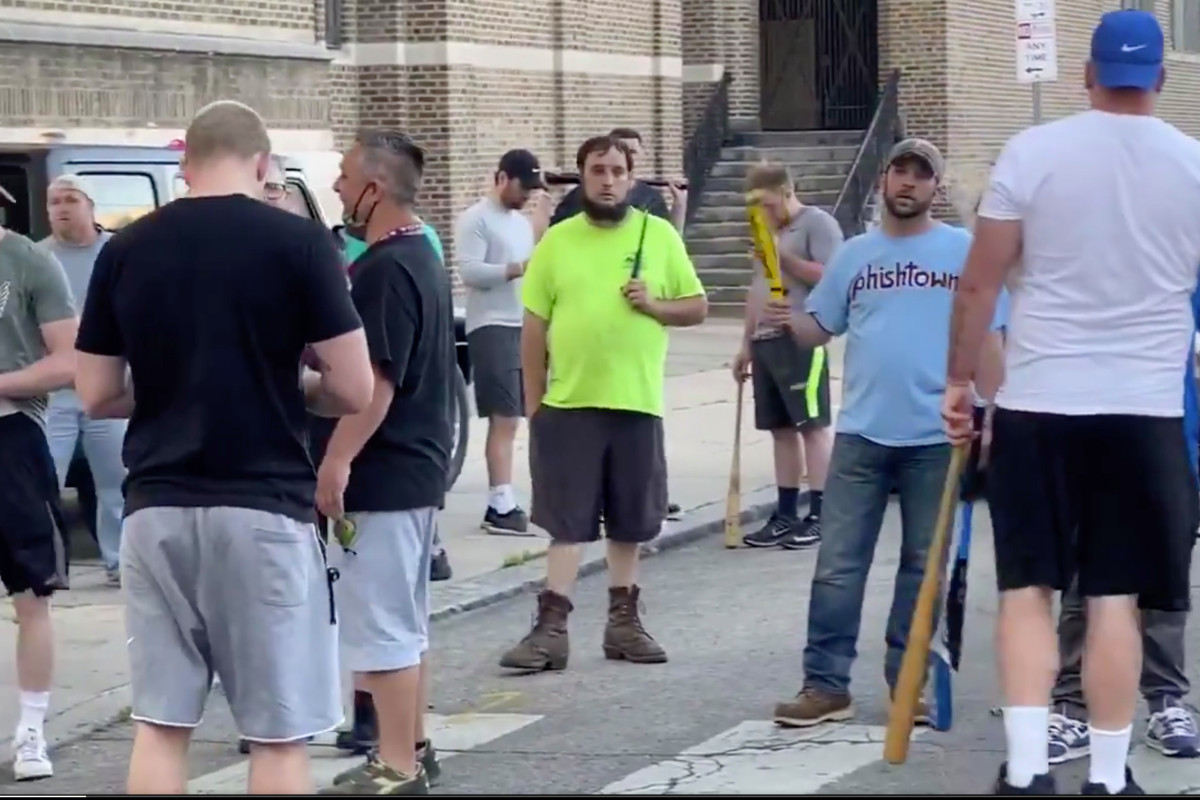 A report says there was tension in the Philadelphia area Monday between George Floyd protesters and the bat-wheel vigilante.

“Leave us alone!” One of the protesters shouted. “We live here. They make us feel insecure!”

The men said they had come out to defend their neighborhood in the event of riots or robberies, and traded kibbles with the protesters.

WHYY radio producer John Ehrens wrote on Twitter that he was attacked by the men while filming to cover up the encounter. He posted Photo of his bloody face, Later he wrote in an update on “Well” but on the way to a hospital.

At 8 pm. The police lined up in the street to disassociate the two men.

“Why did others cry for peaceful protest, but they can be protected by walking around with bats?” According to the newspaper, a woman asked the police.

The crowd dispersed shortly after 9pm when SWAT arrived and police told protesters they were getting their third and last warning.