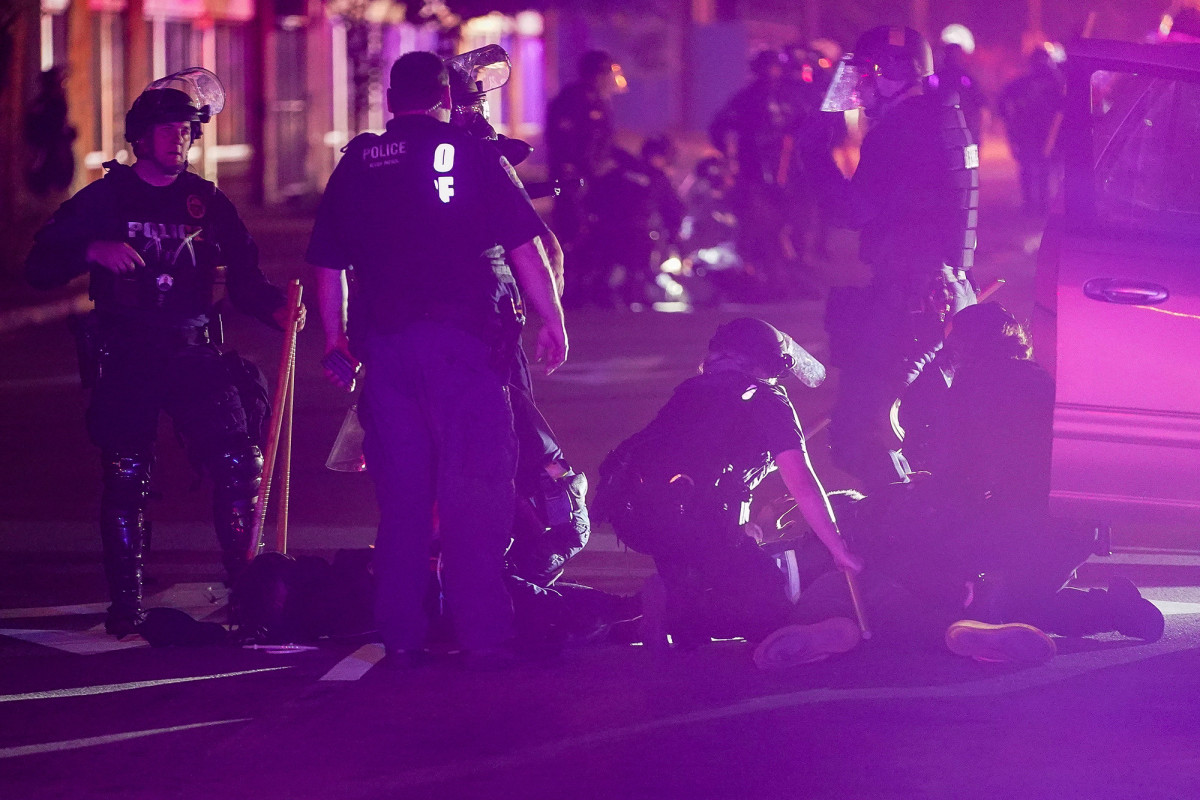 A man was murdered in Kentucky early Monday morning as police tried to break into a large crowd of law enforcement officers, police said.

Louisville Police and National Guard responded shortly after midnight to a supermarket parking lot in the middle of a George Floyd demonstration in the city, WLKY reports.

Police and National Guard personnel began to break into the group when someone opened fire, prompting law enforcement officers to shoot back, Louisville Police Chief Steve Conrad told the station.

One was killed, though it is unclear whether the victim fired at law enforcement officers, Conrad said.

Several people who were interested in the shooting were interviewed. The station said it was unclear whether the meeting was part of Sunday’s demonstrations in the city over the death of George Floyd.

Speaking to reporters at a news conference Monday, Conrad said: “It is very clear that many people do not trust the police. “It’s a problem. We’re going to do it.”

The identities of the victim and interested persons were not released Monday morning, WHAS statement.

Investigators are expected to provide an update Monday afternoon after reviewing security footage from the Dino’s Food Mart scene. According to the WDRB.

A 9 p.m. Sunday’s curfew was in force in Louisville, where protesters who were angry after Floyd’s death and the death of 26-year-old Brona Taylor in March led to 40 arrests Sunday. WLKY reports.