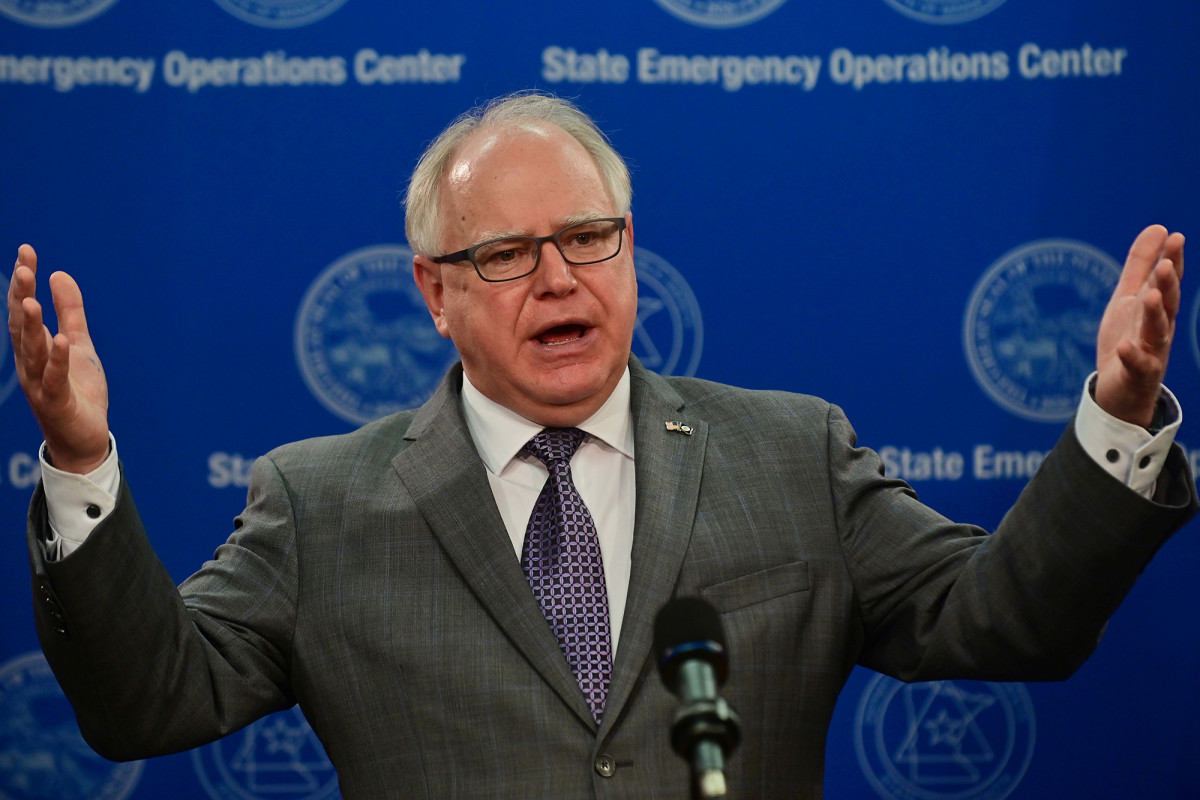 The state of Minnesota launched a civil-rights investigation into the Minneapolis Police Department on Tuesday — a first-of-its-kind probe into what Gov. Tim Walz called the agency’s “systemic discriminatory practices.”

“The investigation will review MPD policies and practices in the last 10 years,” Walz said at a press conference — calling the situation “intolerable” and one that “will not go away with tough talk” after the police-brutality death of George Floyd.

Floyd, a 46-year-old black Minneapolis resident, died after a white cop was caught on video kneeling on his neck for nearly 9 minutes during what should have been a routine bust May 25 — sparking widespread racially charged protests.

An ex-cop investigator with the state’s Department of Human Rights served the police agency with notice of the probe at 1 p.m., said human-rights Commissioner Rebecca Lucero.

“This is a big thing that’s going on here,” Lucero told reporters.

Walz added of racial discrimination in the Police Department, “We know that systemically, it’s there.

“This window of opportunity opened,” he said. “It won’t stay open for long.

“This is going to get done,” Walz said.  “If you stand up and say, ‘There’s no issue here, this is fine,’ I think you’re going to find that history is going to wash over you in a tide that we have not seen.”