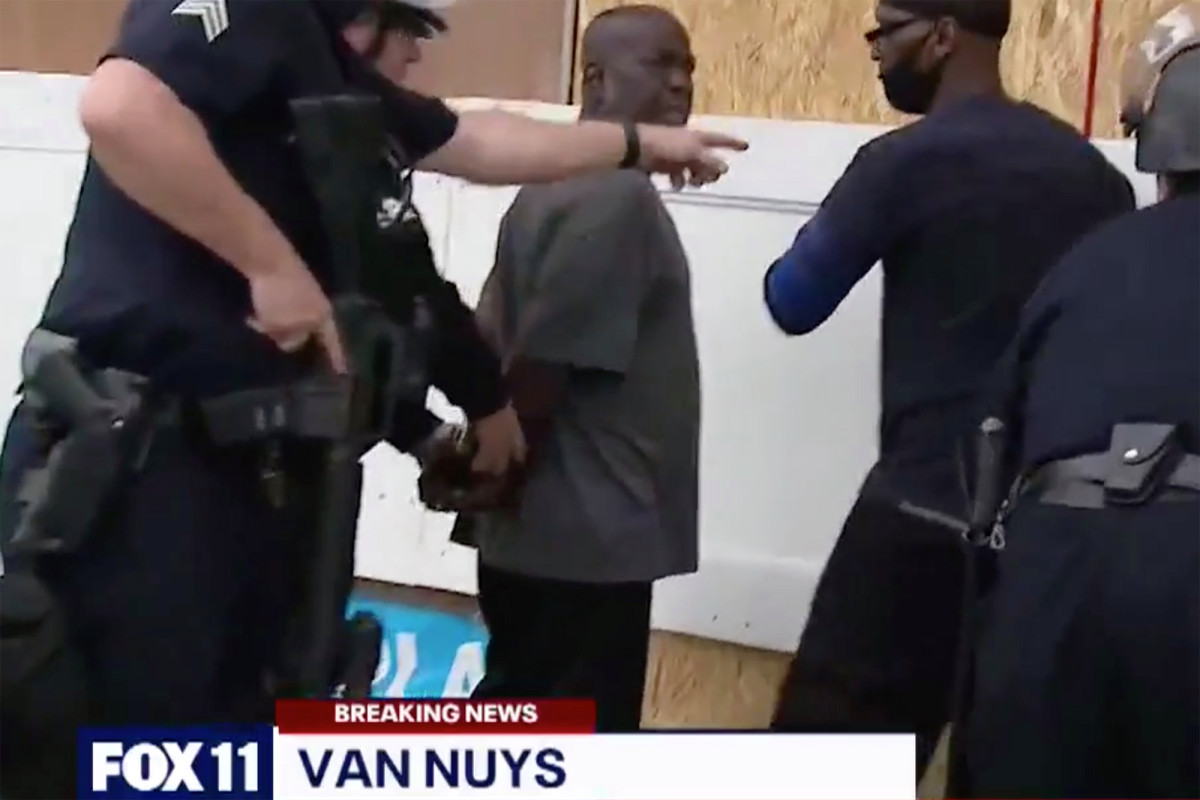 The drama video shows armed California business owners and locals clashing with the robbers – and then getting handcuffed when the cops finally show up.

These footage shows two occupants of a Van News neighborhood, owners of a liquor store holding guns, robbed in a verbal beef with a small group of people, the entire incident being a Fox 11-News TV crew at the scene.

One resident, identified only as Monet by the station, tries to flag down police cars, while liquor store owners tell the robbers, “We’re closed.”

But when police show up, they handcuff the woman and the other two and stand against the liquor store wall – shoppers and Fox 11 reporter Sistina Gonzalez screams at police for pursuing the wrong people.

In an interview Monday night, Monet told Gonzalez: “I was handcuffed, my husband and my brother-in-law were thrown against the wall. The officer behind me, I was explaining to him, ‘No, we’re trying to help.’

The police finally released the three, and officers could be seen running across the street after the robbery.

Monett said the problem began when he saw robbers trying to break into a neighboring gold shop, including a group of people sitting in a car, and said that he had been inside since he had known the owner for more than 30 years.

“They were going behind the gold shop,” he said. “But because my son and I were in front of the liquor store owner, they wanted to get out of the car. They wanted to hurt me because I was talking a lot.”

“I went back and said, ‘We’re not doing that,'” he said. “We’re not tearing up anything here.”

The clash occurred during the Seventh Day protests and riots following the death of George Floyd’s Memorial Police in Minneapolis.