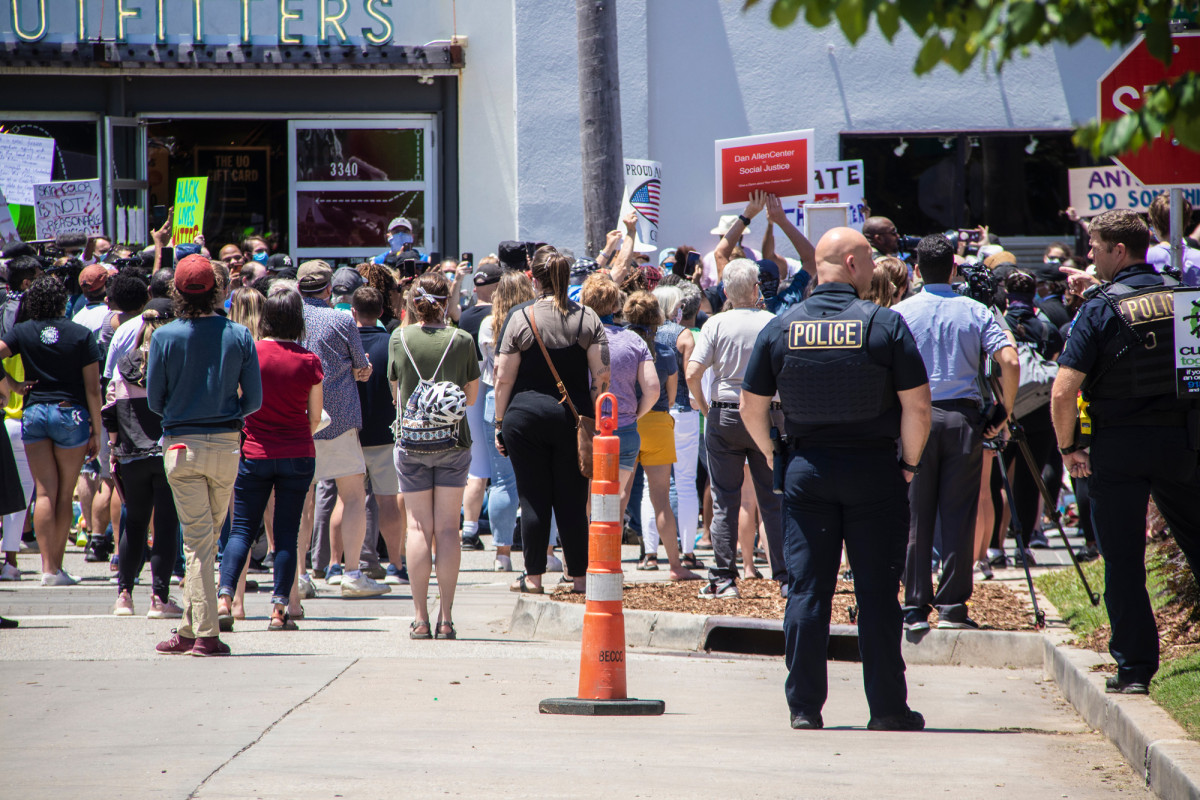 An Oklahoma detention officer returned his badge after George Floyd was told he could not kneel with protesters – and later returned to join the demonstrators.

“Here’s my badge, I won’t be back,” the officer told supervisors, according to a video. Coco-TV aired on Tuesday. “Ya told me I can’t take a knee. So today, I’m going to take a knee. “

While working at the Oklahoma City Prison on Saturday, protesters moved into the facility, asking the man not to show his face in the footage.

The crowd moved quickly and burned a sheriff’s van outside the jail. Officials said they were trying to breach the building.

“We have jails and detention officers,” said Mark Myers, spokesman for the Oklahoma County Sheriff’s Office.

“This person is a detention officer. If our detention officers decide that they should walk out and leave the inmates with them, it doesn’t make sense,” Meyers said. “The holiday of the day.”

Instead, the former officer shed his uniform and came back to join the demonstrators.