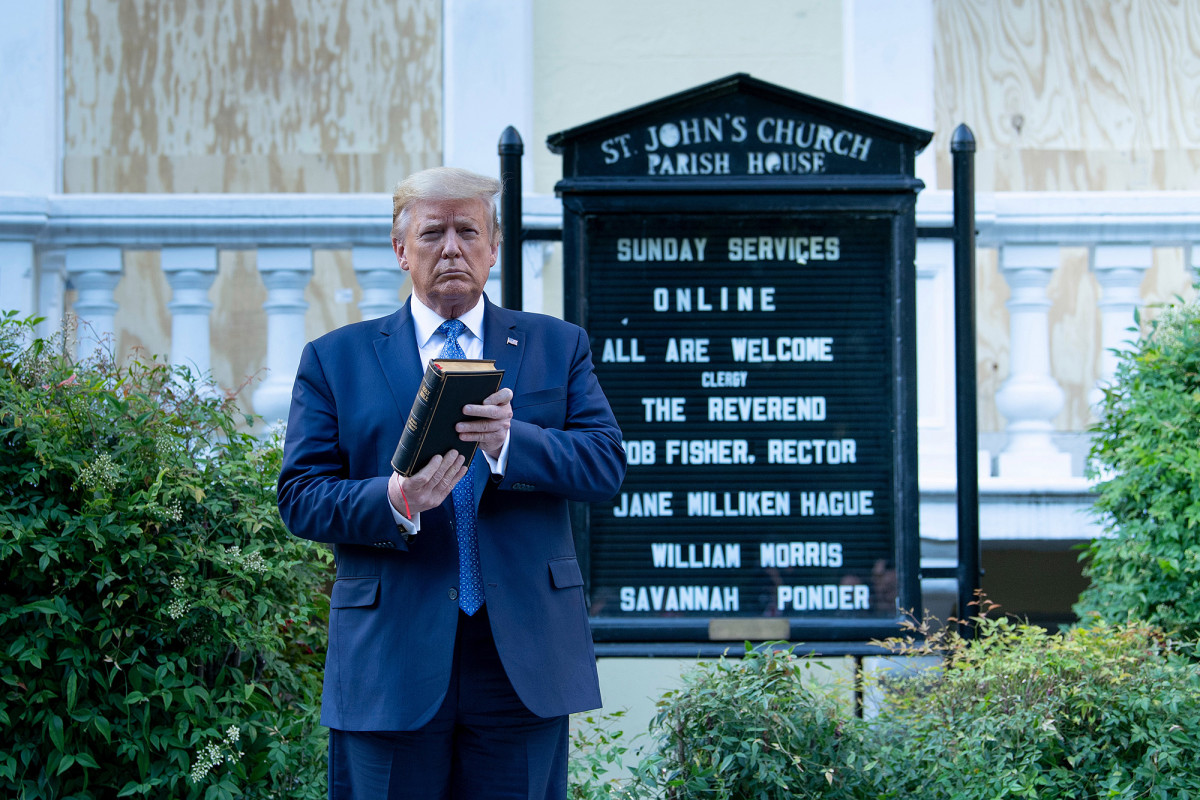 President Trump backed his visit to a fire-damaged church near the White House on Wednesday “very symbolically.”

But Trump said the anti-police brutality protesters who had occupied the area for several days would be evacuated ahead of the visit.

“Now, when I say ‘go to church’, I don’t know the protesters or not. No one told me that. They are, yes, sir. We go to church. So we walked to church, ”Trump said in a radio interview.

The visit took place on Monday evening, following the collision a few minutes earlier, when the U.S. announced it was leaving. Park police and other officers in riot gear used sticks, pepper balls and smoke grenades to push back the protesters and journalists.

“I heard protesters say how nice and wonderful they were. So, why did they burn the church the previous day?” Trump said.

St. John’s Episcopal Church was built in 1816, and every president since James Madison has attended a service there. Shortly after activists stole the church’s American flag and put it on a fire in the middle of H Street near the White House, part of the building’s basement caught fire Sunday.

Nearby, firefighters also set fire to the headquarters of the AFL-CIO union, which houses restrooms and several cars at Lafayette Park.

On Wednesday, Secretary of Defense Mark Esper, who was on a walk with Trump, said he was unaware of plans to call it a “photo op.”

“I know we’re going to church. I don’t know if there’s a photo op,” Esper said.

“Look, I do everything I can to try and stay away from situations that may seem unconstitutional. Sometimes I succeed in doing it, and sometimes I’m not so successful.”

Whether the protesters who marched for Trump’s removal were fired.

Park police said they removed the area because they were hit by bottles and bricks while trying to install new fencing.

But D.C. Police Chief Peter Newsham said Wednesday that “fencing has not happened since the presidential drive.”

Park police denied the widespread claim that they used tear gas near the church, but admitted to using smoke bombs and pepper balls, which irritated the eyes. Esper said the National Guard members who help the police did not even use tears.