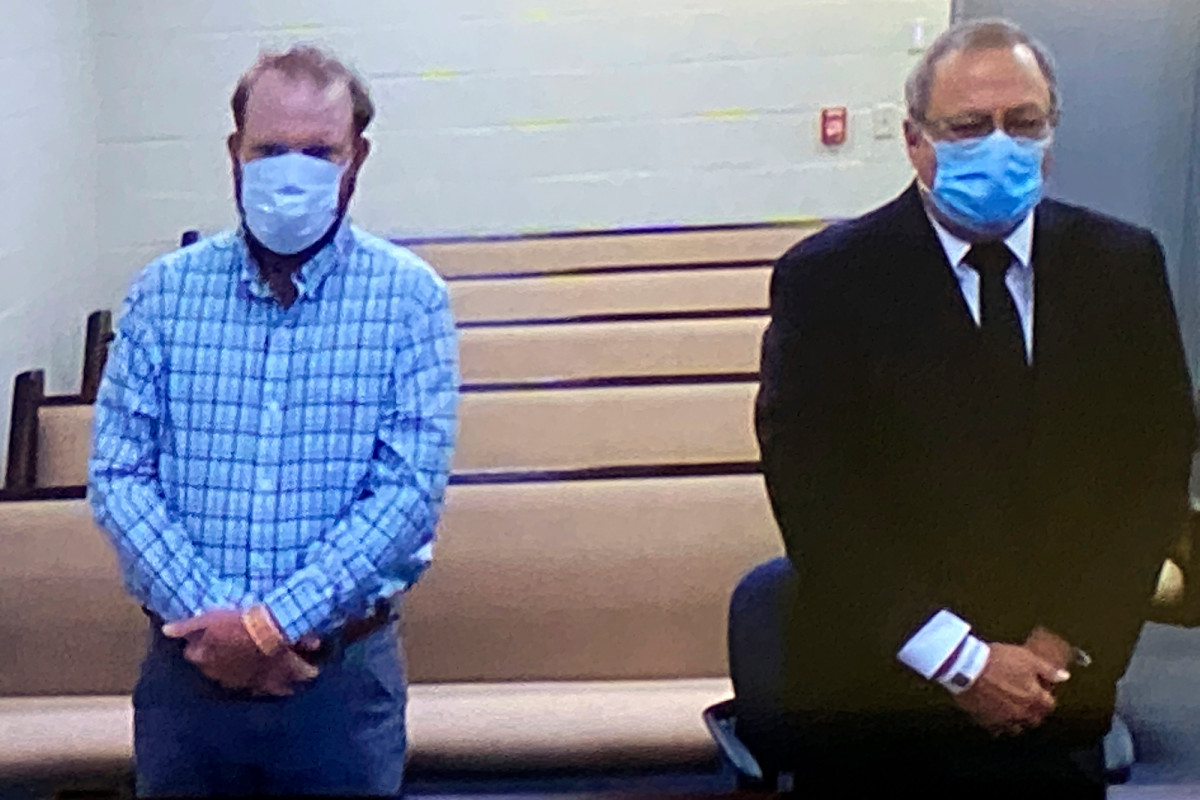 A jury Thursday ruled that the murder of three white Georgia men accused of the shooting death of an unarmed black jogger, Ahmed Arberry, could go ahead.

Clinton County Chief Magistrate Judge Wallace Harrell sent the cases against George McMichael and his son Travis McMichael and William “Roddy” Bryan to the High Court after a day’s trial – the first of three appearances since their arrest last month.

Aubrey’s Feb. 23 death is charged with aggravated murder and aggravated assault on McMichaels, and a criminal attempt to murder Brian and false imprisonment.

The lead state investigator for the case, Richard Doyle, testified that McMichaels climbed into their pickup truck and chased Arberry around the Chateau Shores neighborhood for several minutes, and Bryan, who filmed a viral video that brought the case to national attention, tried to block Arberry “multiple times.”

“But Mr. Arberry will be alive today for the actions of Mr. Bryan,” Cobb County Prosecutor Jesse Evans told the judge. “But if he had chosen to go through this chase with two pickup trucks in one neighborhood, Mr. Arberry could leave the persecutors. Make no mistake about it, Mr. Arberry was hurt, he was hunted, he was targeted, these men agreed.”

“You can’t use the words” defensive “and” justified “as some sort of magical mother to make those facts disappear.”

Among those in the packed courtroom, Arberry’s mother, Wanda Cooper-Jones, was cheered by outside demonstrators during the break.

READ  Our brain is alert even when we are asleep!

McMichaels and Brian were not in court for the hearing. All three pleaded not guilty to the charges.