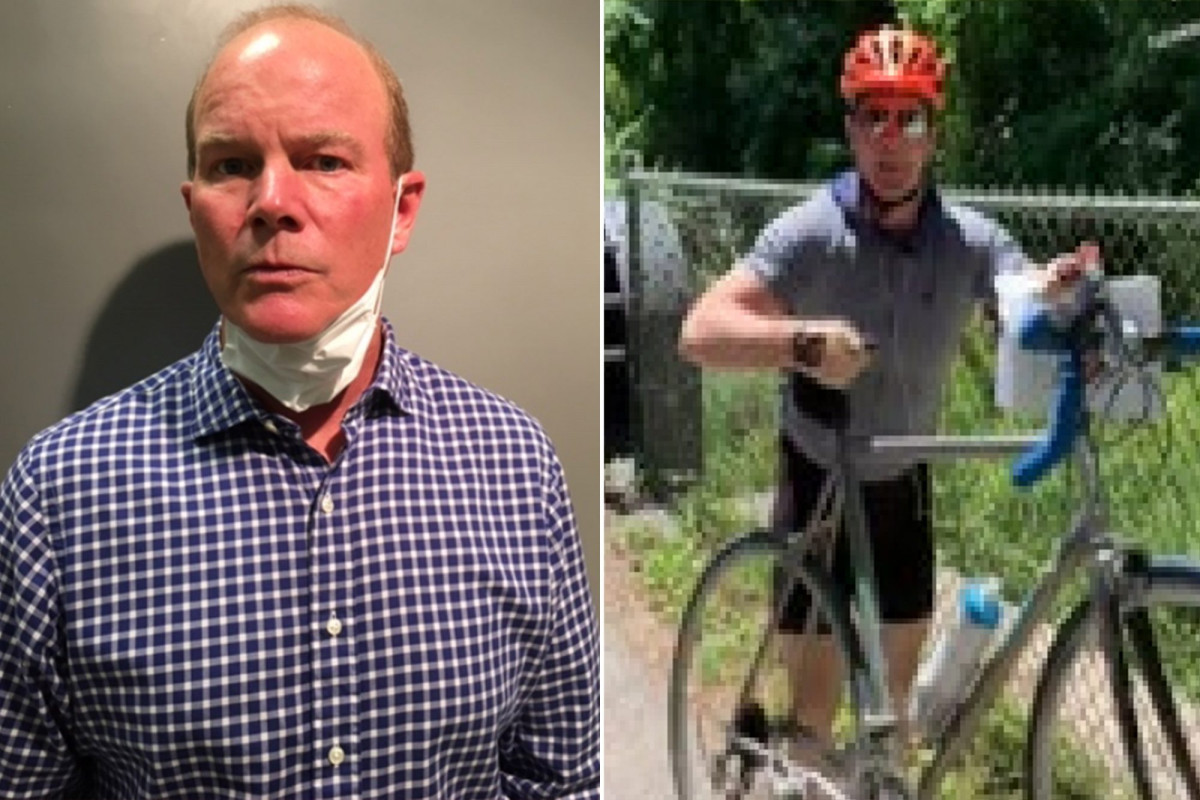 A 60-year-old man was arrested Friday in a video of a teenager hitting a steam-crazy, spandex-clad cyclist while posting George Floyd flyers.

Anthony Brennan III, of Kensington, Maryland, was riding a bike outside Washington, DC. When he was on Monday Stuck on camera One hand forced the teen agent’s hands and tore the flyer with her other hand.

“Get away from her!” Another woman screams at the man in the video.

“F-Q you,” Brennan is said to respond before climbing into the man filming her destroyed bicycle shoes.

The Montgomery County Division of Park Police said Brennan then threw his bicycle into the man and threw him down.

Brennan has been charged with assaulting three teenagers: the man who videotaped the woman, posted the flyers, and the other woman who shouted at him.

The trio, aged 17 to 19, called for social action in connection with the death of George Floyd.

The Flyers read, “Killer Cops Are Not Free,” According to WJLA.

Police say Brennan has been charged with three counts of second-degree assault after residents sent hundreds of tips to the department.

Police first contacted Brennan and his legal counsel earlier Friday, and they agreed to let police search his home.

Investigators found clothing “consistent with what was worn” on the camera and a bicycle similar to what was found on the tape, Montgomery County State’s Attorney John McCarthy told the Washington Post.

After police served Brennan on an arrest warrant, police said he voluntarily turned himself in late Friday.

“The Maryland-National Capital Park Police applauds the courage and civic engagement of the victims who came forward in this regard,” the department said in a statement.