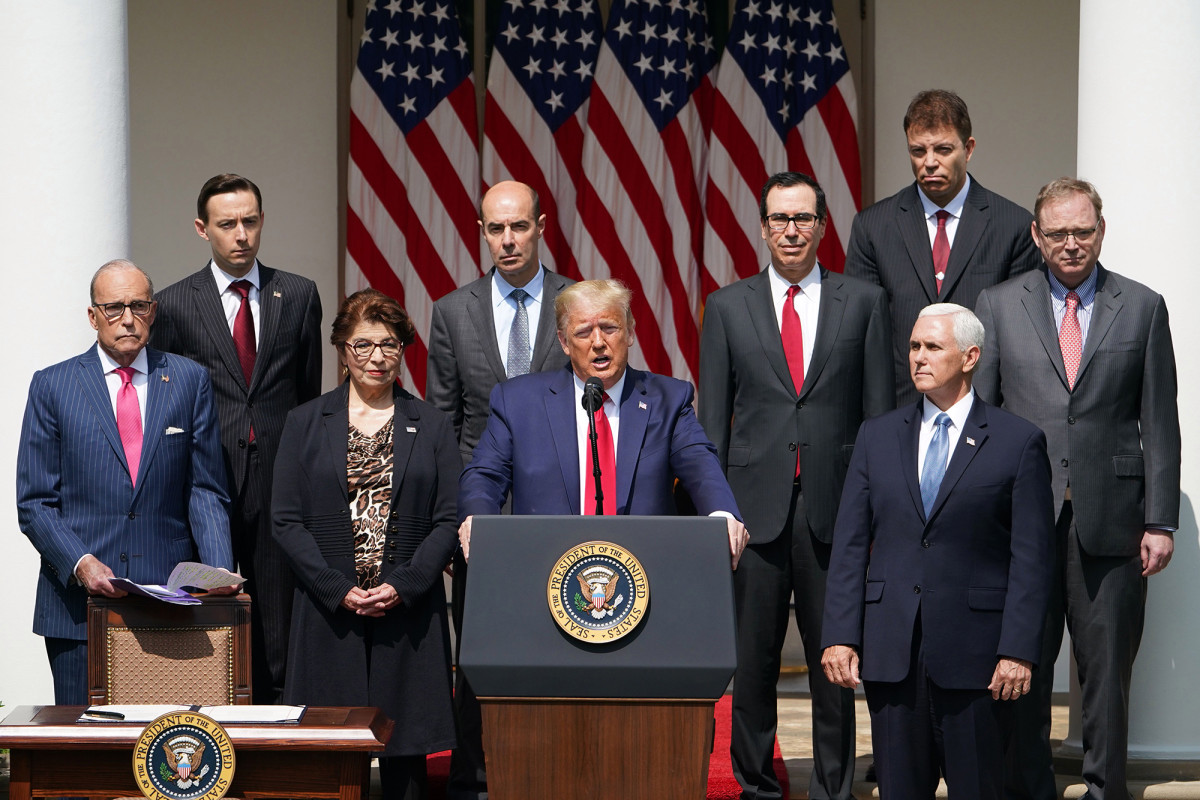 President Trump said Friday that “we are going to return” following the shocking economic news that the US economy added 2.5 million jobs in May as the states reopened from corona virus locks.

“This confirms all the work we’ve been doing for three and a half years, not just for the last few months,” Trump said at the White House Rose Garden, adding: “Our body was so powerful that it could actually close our country and save millions of lives.”

Experts anticipated that the unemployment rate would be up to 20 percent as new unemployment insurance claims increased because of government-wide business closures to prevent the spread of COVID-19.

Some states began to default in late April, but in most places, layoffs or layoffs face more serious limitations.

Since March, 42.6 million people – or a quarter of workers – have filed new unemployment insurance claims, including a further 1.87 million last week.

COVID-19 killed close to 2 million Americans and killed nearly 110,000 people. The unemployed left has benefited from a federal stimulus of $ 600 a week on unemployment pay, which should keep the incomes of most people affected by the epidemic.

Trump spoke a week after the White House was besieged by anti-police brutal demonstrators protesting the killing of George Floyd by Minnesota police. On Saturday and Sunday, protests led to fires and looting throughout the city.

Trump called the economic recovery “a great tribute to equality” and said the post-epidemic economy had low unemployment rates for many groups, including African-Americans.