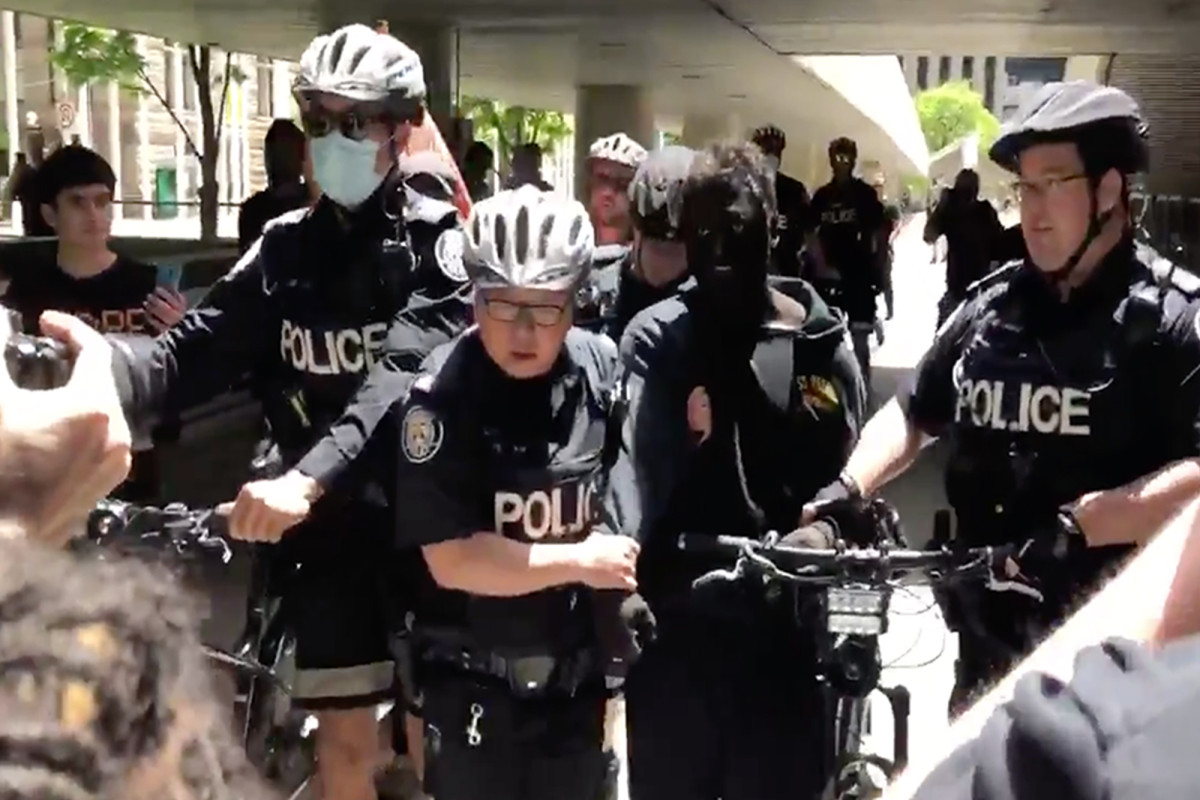 A man was arrested in Toronto on Saturday after demonstrating anti-racism.

Authorities have not released the name of the man after the protest organizers asked him to leave.

“You’re F-king disrespectful!” A demonstrator screams again. “You are an insult to everyone who came here.”

The man declared, “I am not trying to be insulting,” but it was clear in the clip that none of the protesters made the request.

The demonstration was one of several that took place Saturday in response to the killing of George Floyd in Minneapolis, which has sparked worldwide protests against police brutality and racism.

Warning: Lots of slander.
Tense moments when a person wearing a black face paint a crowd of people protesting in silence against anti-black racism. There are angry calls and calls to arrest the person. #TorontoProtest pic.twitter.com/fzUOUTYn3m

Toronto bike police continued to drag the protesters away as they shouted.

The cops first Told Global News He was arrested and charged with breach of the peace, but has since pleaded not guilty to any charges and “investigations are continuing.”