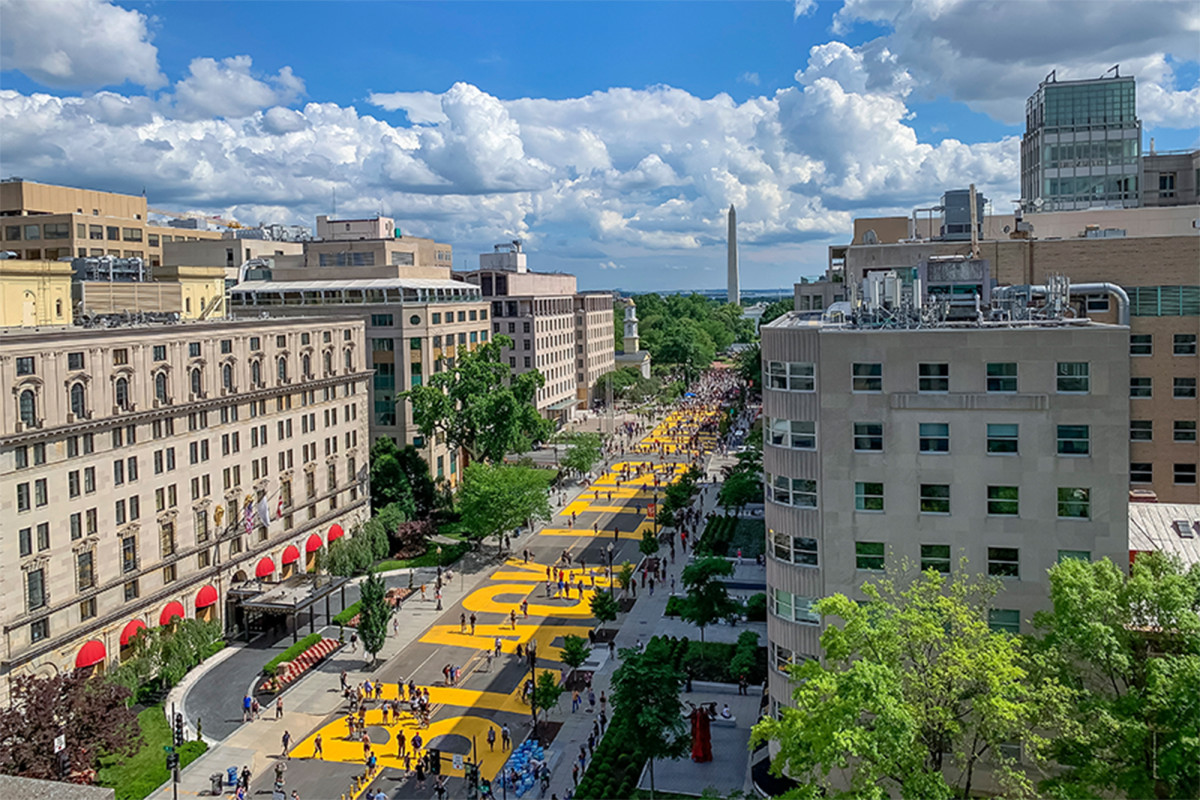 WASHINGTON, D.C. – As many of its city streets prepare for mass protests on Saturday – the city’s mayor drew attention to his decision to rename the streets around the White House as “Black Lives Matter Plaza.”

Mayor Muriel Bowser added light projections to the area shortly after the new moniker on 16th Street was painted in massive yellow letters.

Bowser, who slandered President Trump as “incompetent,” later issued another view of the PLM Plaza.

“Are you awake? Here’s the view from space, ”she said Wrote early Saturday, DC With an aerial photo of the plaza, it was the scene of mass demonstrations and the installation of more powerful floodlights.

Bowser announced the renaming on Friday: “The area of ​​16th Street in front of the White House is now officially written as Black Lives Matter Plaza.

The renaming is seen as an open condemnation of President Trump’s alleged use of military force.

Police stopped most of the traffic near the White House starting at 6am on Saturday. The Washington Post reports.