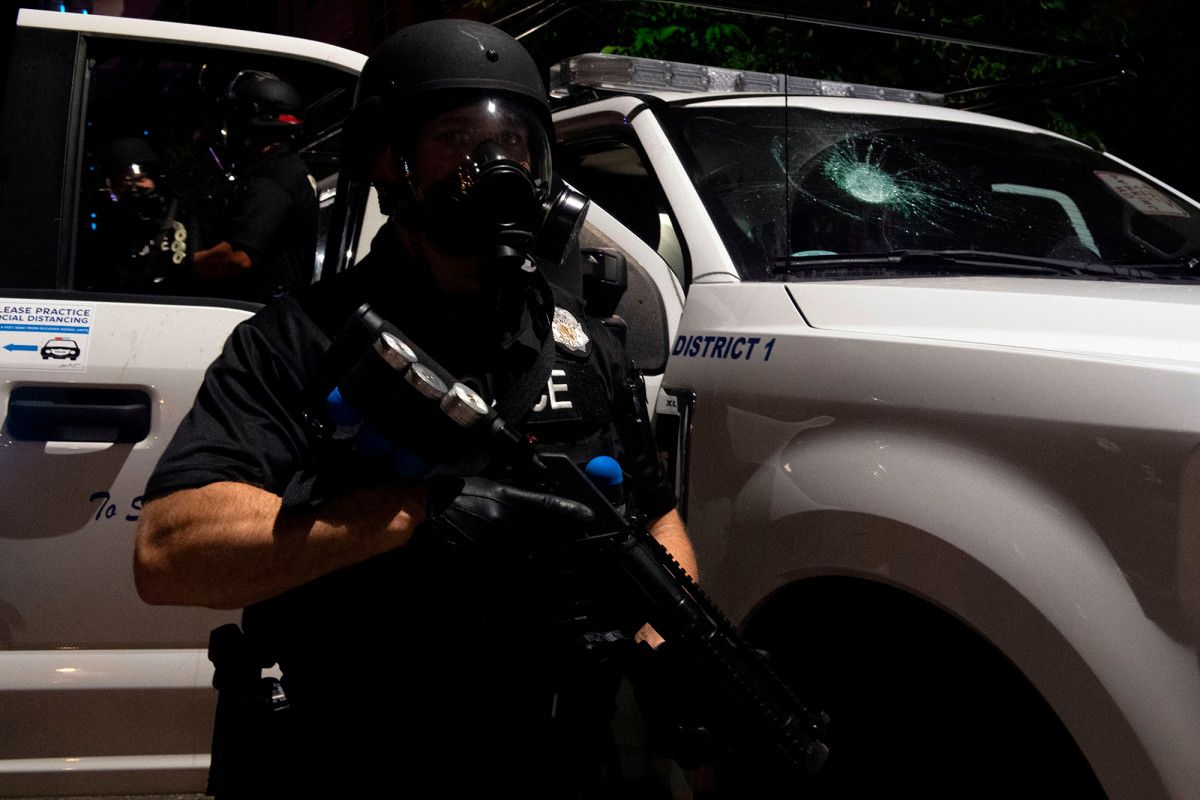 Denver police have banned the use of chokeholds as part of a series of policy changes following 11 days of protests following the death of George Floyd.

As of Sunday, police in Denver would no longer allow the use of chokeholds or carotid compression techniques. Department officials said the gun was deliberately pointed at a supervisor at any time.

In the third phase, which aims to promote public accountability, SWAT officers will also be forced to carry out body-worn cameras when performing tactical operations.

Changes in existing power and body-worn camera policies were made in an effort to “maintain the highest level of public accountability.” Denver police announced.

“We will continue to evaluate our policies with community input and make necessary improvements for the benefit of the public and officers,” Police Chief Paul Basson said in a statement.

Elizabeth Epps, who resigned from the Denver Police Department’s Advisory Board following police use of tear gas on protesters, said the board had previously requested the changes.

“It shows that the one-week protest has been a conversation for more than 18 months,” Epps told the newspaper. “These things are the lowest hanging fruit. This does not prove a commitment to real change… Banning a chokehold is not serious. “

Meanwhile, Minneapolis agreed Friday to ban sockholds by police in the wake of Floyd’s death, as well as requiring police to stop other officers from using improper force.