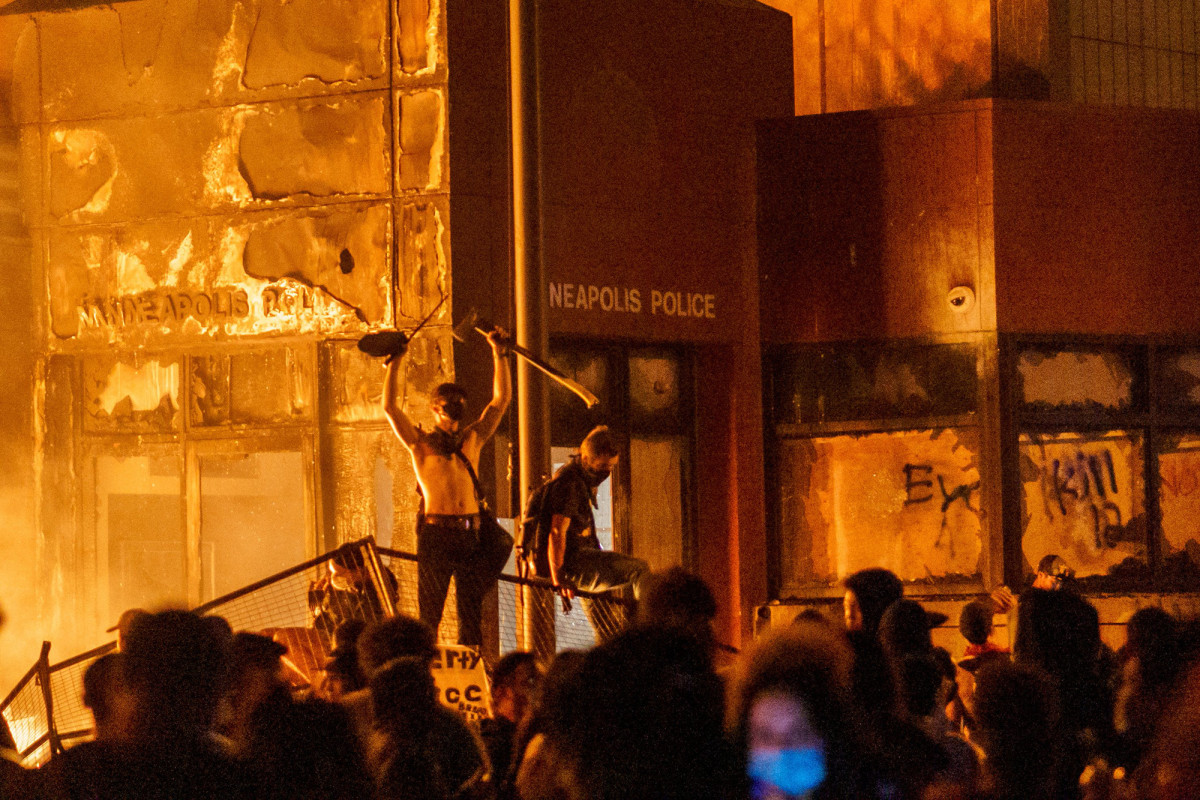 Federal prosecutors said a Minnesota man suffered the federal arson charges Monday in the May 28 fire that destroyed the Minneapolis police complex amid protests by George Floyd.

Brandon Wolff, 23, of St. Paul, was allegedly thrown into a wooden barrel during a fight to spread flames into the stationhouse, US Prosecutor’s Office Said in a release in Minnesota.

As the demonstrators showered with insults and rubbish, the fire forced the police to evacuate.

“Wolf admitted that he was inside the third floor the night of the fire and took property from the building and threw a wooden barrel into the fire,” prosecutors said in a statement.

“Wolfe identified himself in several witness photographs depicting a police beard in front of a third witness, visible smoke and flames in the back,” they added.

Police responding to the 911 call were arrested on June 3 after they found Wolf was trying to break into a local home improvement store, where he worked as a security guard.

Wolf was wearing body armor, a handgun, and was reportedly stolen from the scene when he was arrested, according to the report.

He is reportedly tapping his name on the back of the shield, prosecutors said.

Police later found a radio, riot helmet and a 9mm handgun magazine in his apartment.

He is accused of aiding and abetting the blaze and is scheduled to appear in federal court on Tuesday.

The stationhouse fire came amid several days and violent protests in Minneapolis over the May 25 death of Floyd.