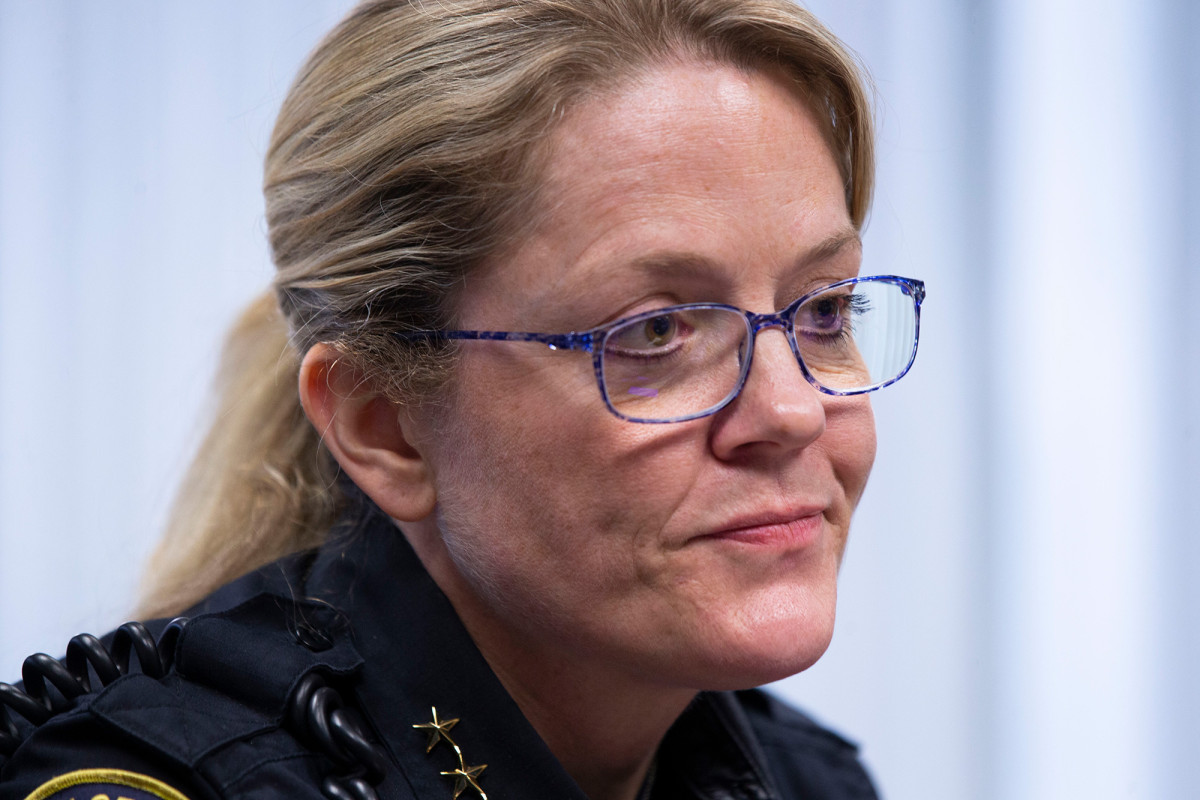 Portland’s white police chief abruptly quit on Monday – tapping a black police lieutenant to replace him, according to one job, “he’s the right person at the right time.”

Jamie Reich, a high-ranking police officer in Oregon for less than six months, issued the announcement following widespread criticism of the department’s handling of mass protests over the death of George Floyd in Minneapolis. Oregonian reported.

“I have asked Chuck Lowell to play the role of chief of police,” Rech said at a press conference Monday. “He’s the right person at the right time.”

Lovell, a Portland police officer since 2002, has long been active in the community, serving as a top resource officer and mentor on the local “Boys to Men” project. She also served as administrative assistant to former police chief Daniel Outlaw, the first African-American woman to hold the position.

Lovell said the announcement surprised him.

“I’m humbled,” he said. “I’m going to show every day with the heart of an employee. I’m going to ask. I’m going to care about the community and the people in the company. What I can do is be myself. “

He said he was disturbed by videos of Floyd pleading in the air for nearly nine minutes while being held back by Minneapolis police.

“This is what stuck with me – it could be an idea,” Lovell said. “Fighting is not for each other. The fight is against that idea – the people, the companies, the agents who can nurture that feeling in their heart. “

Portland Mayor Ted Wheeler said he was surprised by Reesch’s decision, but said he was “100 per cent confident” that Lovell was “the right person for the job.”

“We will work together on meaningful, bold reforms,” Wheeler said.

Rech was named chief of staff last year after leaving Outlaw as a police commissioner in Philadelphia.

He said he made his decision to step down after deciding that a change was needed considering the city’s needs.