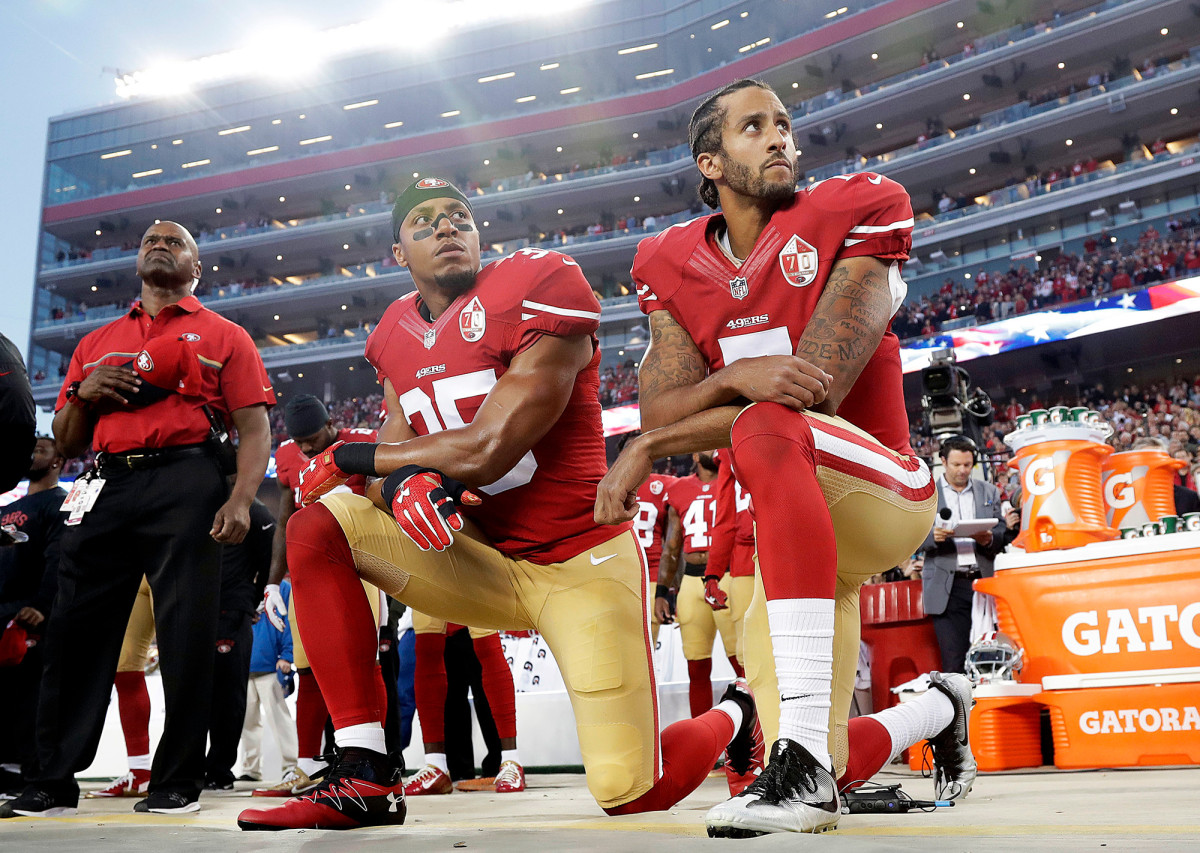 White House press secretary Kylie McNally said Monday that President Trump is “very opposed” to NFL players kneeling during the national anthem because he believes it is “an insult to our military.”

The issue was rekindled in Trump’s tweets Sunday night after NFL commissioner Roger Goodell said he was encouraging the nation’s professional football league players to “quietly protest” in the wake of the killing of George Floyd by Minneapolis police.

“The president is usually against the knee,” McNally said at a White House conference.

The president has made it clear for many years that kneeling is tied to our national anthem, which does not respect our military men and women across the country.

At a political rally in Alabama in 2017, Trump called on NFL owners to eliminate kneeling players.

“Wouldn’t you like to tell one of these NFL owners, when someone insults our flag, to withdraw their son from the field right now?” Out! He was fired. He was fired, ” Trump said.

In a series of tweets over the weekend, Trump reiterated his opposition to players kneeling.

Trump Tweeted Sunday: “In an interesting statement of Roger Goodell’s Peace and Reconciliation, it’s now O.K. Do the players despise KNEEL for the national anthem, or do they stand up and thereby insult our country and our flag? “

Friday, He wrote“There are other things you can object to, but not our great American flag – don’t know!”

READ  Rookie guard 'did what he thought' in George Floyd's death

After Floyd was killed by Minnesota police officer Derek Sauvignon, he knelt on his neck for nearly 9 minutes until he died. On Monday morning, congressional Democrats lashed out at Floyd’s memory at the same time before releasing the police reform bill.

Chauvin was fired and charged with second-degree murder; Three associates have been fired and are accused of aiding and abetting the murder.

McNally said Trump had not yet reviewed the Democrats’ reform bill because the speech was not immediately published.

The press secretary said Trump “absolutely believes there are racist incidents” in the police, but “he believes most of our police officers are good, hard-working people.”