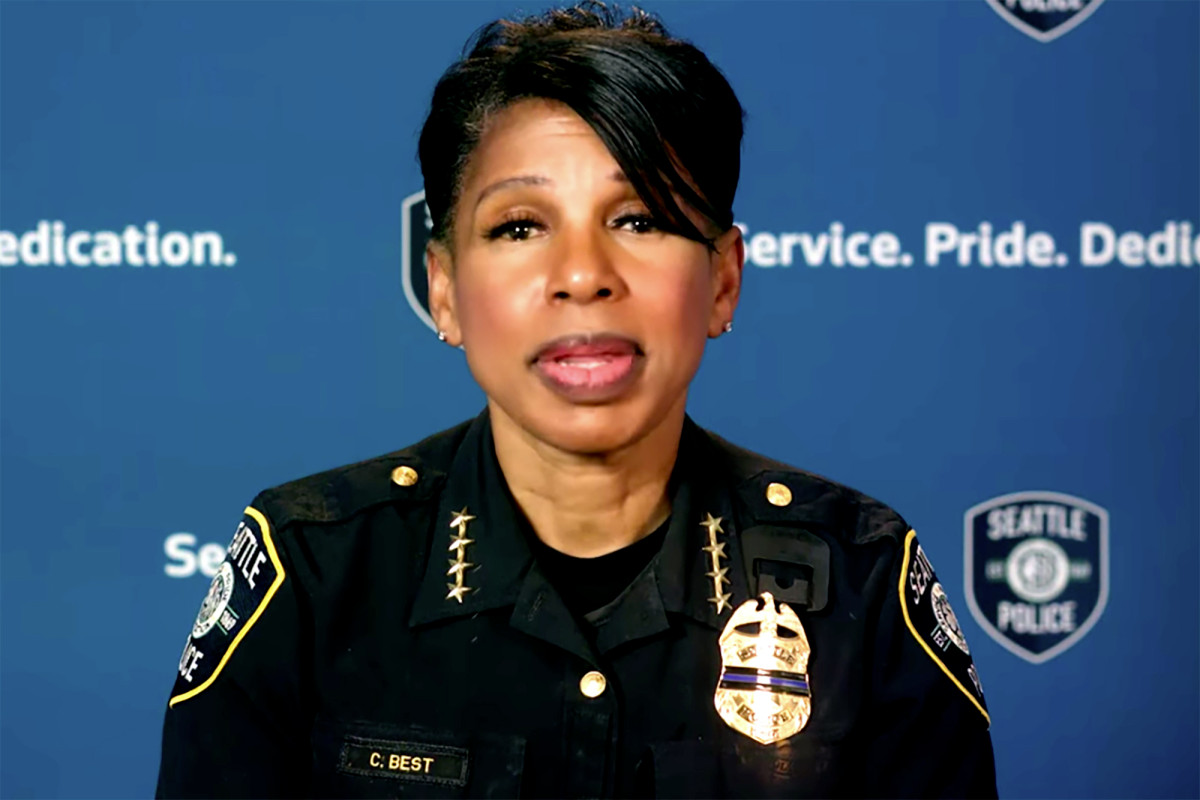 Seattle’s police chief told his department on Thursday that abandoning part of the city that was now occupied by the demonstrators was “not my decision” and that city officials had exploded for the demonstrators.

In Video address Chief Carmen Best, who posted on the department’s YouTube page, said the city was “relegated to severe public pressure.”

“You fought for days to defend yourself [the precinct]. I was asked to stand in line. Day and day, projectiles should be thrown, shouted, threatened and in some cases hurt, ”Best told the force.

“And then for almost two weeks to make a change, that sounds like a shame to you and our community.”

“Eventually the city had other plans for the building and was put under public pressure,” he added. “I’m angry with how this happened.”

His comments came a day after the department said it was trying to reopen the East Side.

The landscape has been the focus of clashes between demonstrators and police over the past two weeks during protests over the death of George Floyd, a black Minneapolis man.

The building was closed on Monday amid rising demands from protesters.

They then occupy a six-block perimeter known as “CHAZ” – narrowed to “Capitol Hill Autonomous Region” – around the now-vacated space.

The situation drew the attention of President Trump, who on Thursday called for local authorities to take action to get back on the streets – or he would.

The president tweeted on Thursday: “The radical left governor ay Jayneslee and the mayor of Seattle are mocking our big country on a scale never seen before. Get your city back. If you don’t, I will.”

“It’s not a game. These ugly anarchists must be stopped immediately. Go fast! “