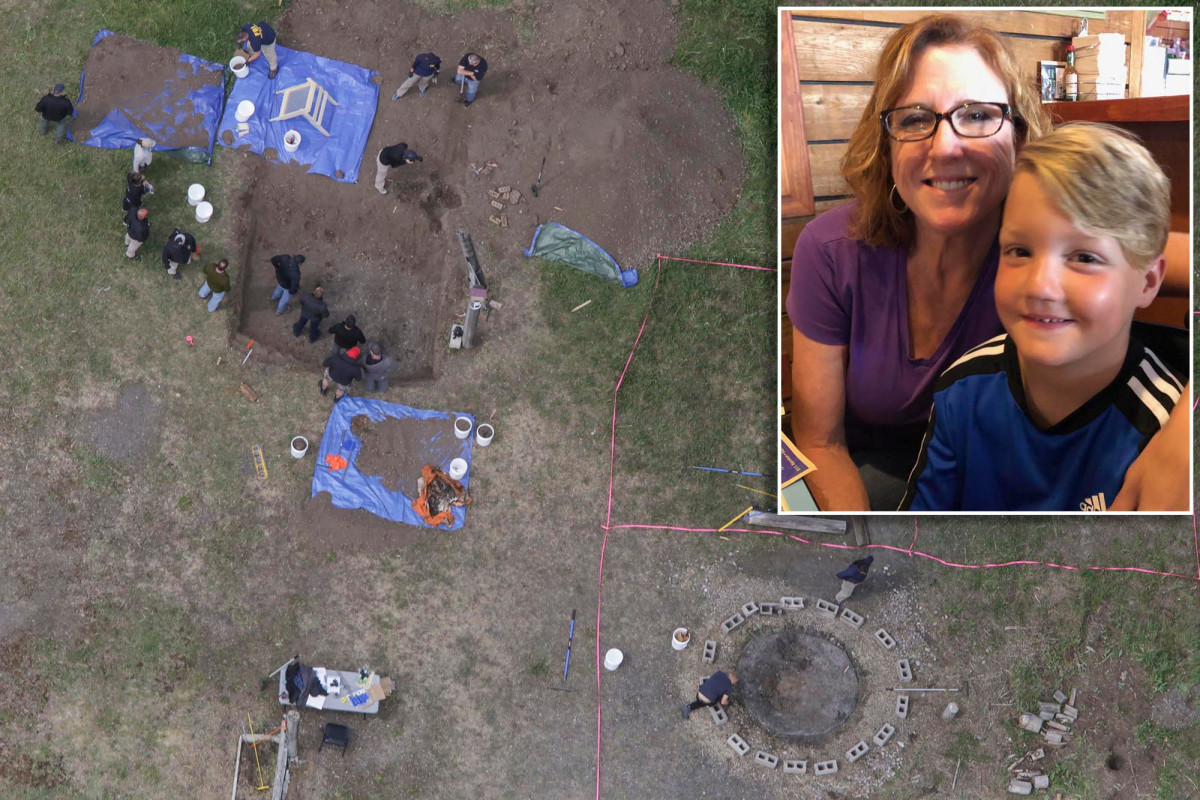 Doomsday-frenzied mother Lori Wallow’s son’s grandparents visited the Idaho farm with a tear, where her remains were buried with her sister on Wednesday.

“This is the scene from JJ,” Larry Woodcock Told Fox 13, 7-year-old Joshua “JJ” Vallow and his sister Tilly Ryan, 17, were suffocated when they spotted the remains.

“My little man,” he said on the Rexburg farm owned by Walo’s husband, Chad Dabel.

Grandparents first alerted authorities for fear that their grandson with autism had not been heard since September.

They were traveling from their home in Louisiana on Wednesday after authorities confirmed they had found the remains of the children after a search warrant was issued nine months after the children went missing.

Grandfather told Fox 13 he came to mourn and refused to attack anyone involved.

“I’m not hostile by any means,” he said. “I am trying to make peace. That’s all I want. I want to be a peacemaker. I want to… Everyone can go here.”

Dabel was arrested late Tuesday and charged with two counts of aggravated manslaughter, alterations or evidence on Wednesday.

Like Walo, who was arrested again in February, he is currently being held on $ 1 million bail.