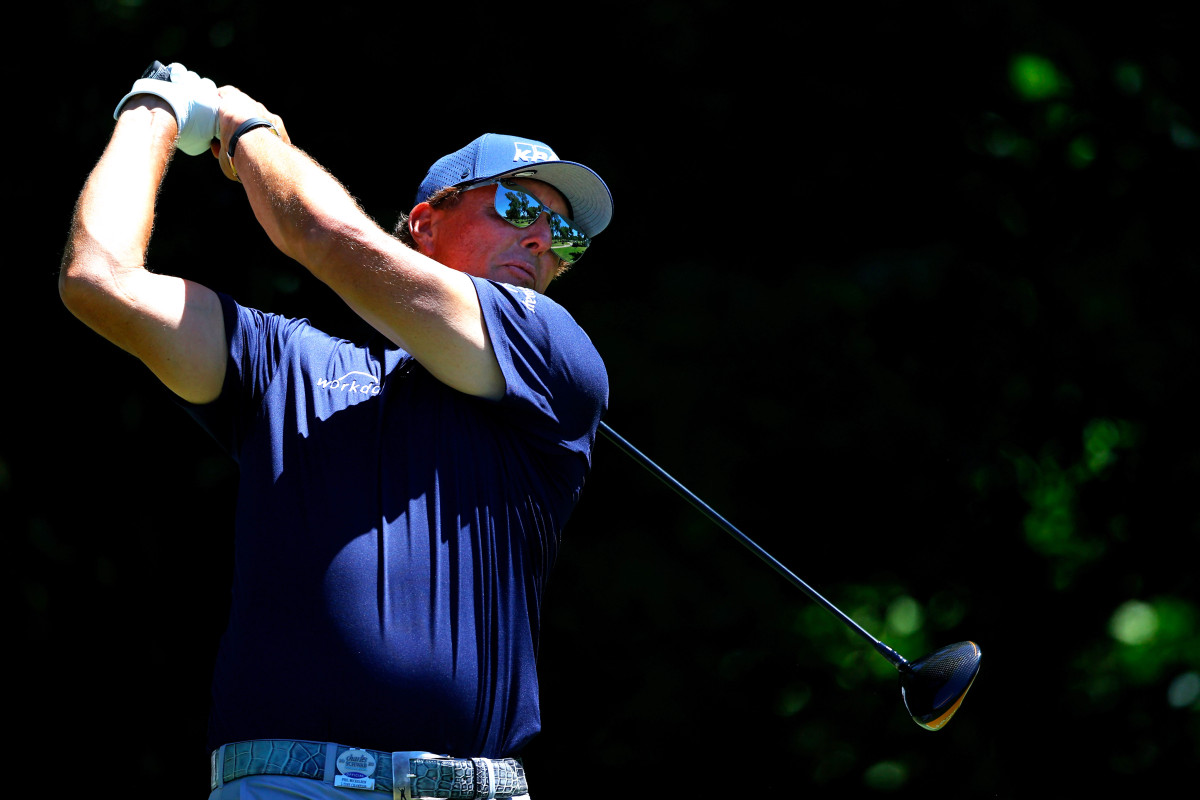 FORT WORTH, Texas — It was beautiful.

The color of the grass on the greens and fairways looked greener and more radiant than even Augusta National on its best day.

The cloudless sunny sky that tipped the temperatures above 90 degrees and baked Colonial Country Club seemed more brilliant than ever before.

The famous statue of Ben Hogan in front of the clubhouse, adorned with a face covering to commemorate the era we live in at the moment, looked like Michelangelo’s “David’’ in Florence, Italy.

The first round of the first PGA Tour tournament played since the coronavirus pandemic paralyzed sports and everything else in the world in March was taking place, and it didn’t really matter who was playing or who was leading the Charles Schwab Challenge on Thursday.

The fact 148 players were competing in a real, live sporting event with a result in the balance — to come Sunday evening — was a welcome sight.

The 8:46 a.m. tee time that was vacated for play on the tee sheet and set aside to recognize the racial injustice George Floyd faced in his tragic Memorial Day death in the custody of Minneapolis police was powerful.

Three horns sounded and everybody on the golf course, wherever they were, paused. Some bowed their heads in prayer, some simply reflected. The atmosphere was quiet, somber.

Ryan Palmer, a native Texan and a member at Colonial, was given the honor of striking the first shot of the tournament, at 6:50 a.m.

“I was a little nervous, but very exciting,’’ Palmer said. “I’m honored that they asked me to do it. It was a great feeling to be that person.’’

Justin Rose, who won the 2018 Colonial with four rounds in the 60s and none higher than 66, stormed to the early lead with a 7-under 63 with his morning tee time.

Harold Varner III matched Rose’s 63 with one of his own in the afternoon wave of tee times, remarkably hitting all 18 greens in regulation — just the third player in the past 25 years to accomplish that feat.

Brian Harman, who was in that first group with Palmer, shot 65 and was the first low-number leader in the clubhouse.

“I was definitely nervous to start,’’ Harman said. “It seems like forever ago when we finished Thursday of The Players. It was nice to get out of the house.’’

It was beautiful for all of us to get out of the house.

Justin Thomas, Jhonattan Vegas, Abraham Ancer and Collin Morikawa all shot 6-under 64s to stand one shot out of the lead.

Phil Mickelson, donning mirrored sunglasses that had him looking straight out of central casting as a state trooper, had it going at 4-under through 10 holes and leaked oil on the way home to finish with a disappointing 1-under 69.

But, on this day, it hardly mattered who shot 65 or who shot 75, or who put themselves in great position or who set themselves up to likely miss the cut.

READ  Port of Montreal | The Longshormen turned down the owner's offer, but wanted to resume negotiations

They were playing golf for real again, with scorecards in their pockets and a seven-figure winner’s check in the balance and a TV audience starved for live sports the past three months soaking every bit of it up.

“It’s just fun to just get back out there,’’ Varner said. “It didn’t matter if I shot 80 today. I love playing golf, but you don’t realize it until it’s taken away.’’

As one of the very few fortunate enough to be on site to witness this historic event, I felt an overwhelming sense of joy and relief to be covering a live sporting event again when, three months ago, it was difficult to imagine when that moment would come.

This has been a trying, anxious time for most people — some much, much more than others. And, with the understanding that sports is the toy store in life’s mall and not to be compared to other much more important segments of society, being a sportswriter when there are no live sports to cover is not a comfortable place to be.

So, in my tiny corner of the universe, being at Colonial and chronicling a sporting event for the first time in a quarter of a year was a very comfortable place to be. It felt natural. It felt normal.