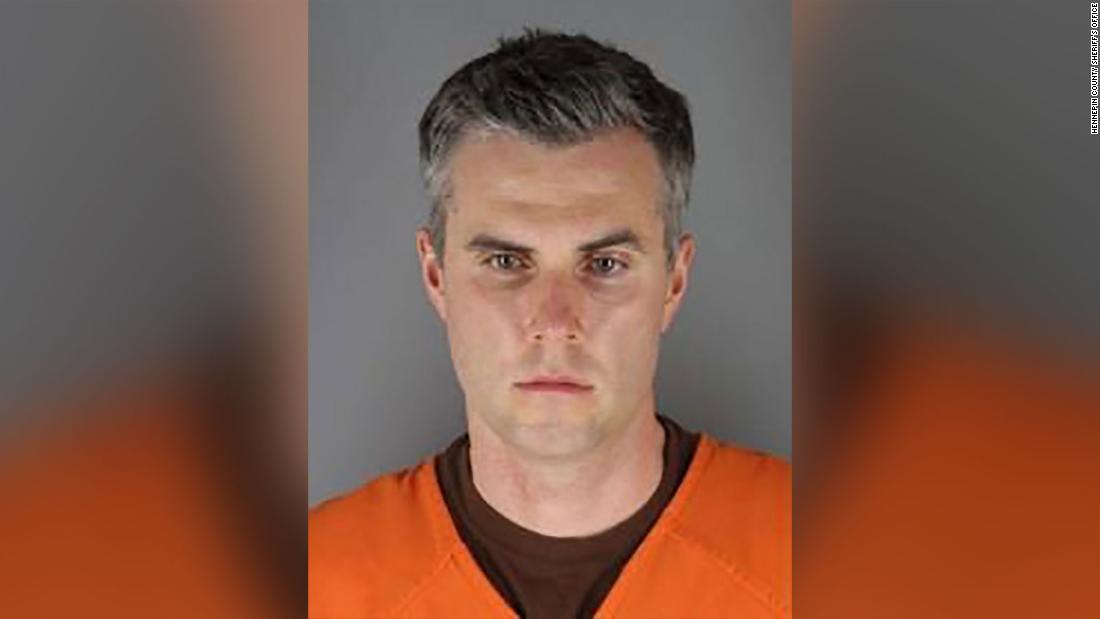 Lane was one of four officers involved in arresting Floyd on Memorial Day on suspicion of using a counterfeit $20 bill. The arrest led to Floyd’s death, which has sparked global protests against racial injustice and police misconduct.

Bystander video shows then-Officer Derek Chauvin pressing his knee on Floyd’s neck for nearly nine minutes as Floyd was on the ground outside a police vehicle.

Lane and another officer held down other parts of Floyd’s body, next to Chauvin, authorities said in a probable cause statement.

Floyd, after repeatedly saying he couldn’t breathe, became unresponsive. He was taken to a hospital, where he was pronounced dead.

Lane’s attorney has said Lane, while Chauvin was pressing on Floyd’s neck, suggested more than once that they roll the Floyd to his side, but Chauvin declined.
“I am worried about excited delirium or whatever,” Lane said, according to authorities’ probable cause statement. “That’s why we have him on his stomach,” Chauvin replied, according to the document.

Lane had been on the police force for four days when Floyd died and was “doing everything he thought he was supposed to do as a four-day police officer,” his attorney, Earl Gray, told CNN this week.
The Hennepin County medical examiner’s office concluded the manner of Floyd’s death was homicide and that the cause was “cardiopulmonary arrest complicating law enforcement subdual, restraint, and neck compression.” Cardiopulmonary arrest means Floyd’s heart failed.
A different autopsy, conducted by experts hired by Floyd’s family, concluded Floyd died of “asphyxiation from sustained pressure” when his neck and back were compressed. The pressure cut off blood flow to his brain, that autopsy determined.
READ  Best Online Bookmakers for Sports Betting and Casino Games.

CNN’s Dave Alsup and Christina Maxouris contributed to this report.