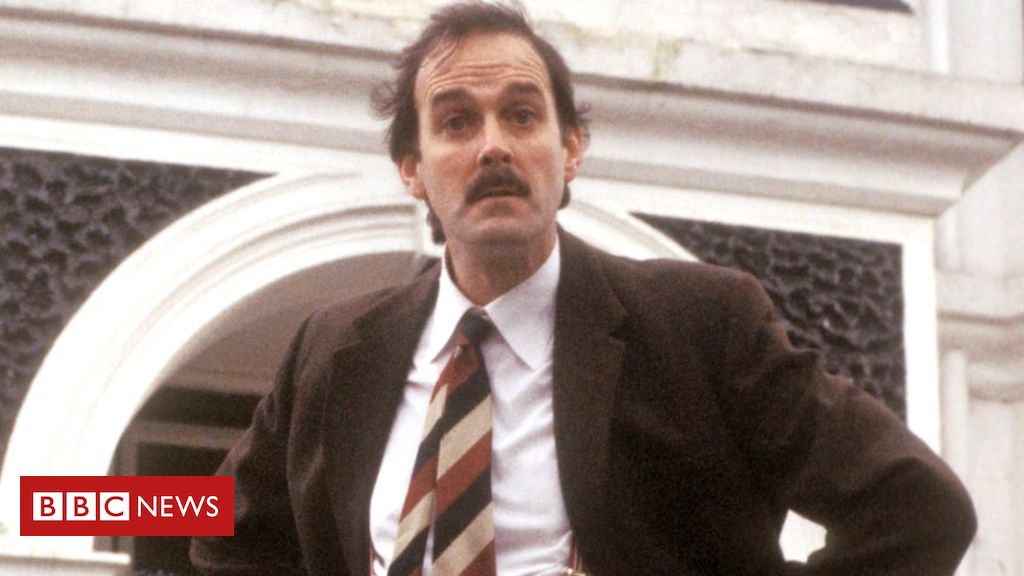 A classic episode of the comedy Fawlty Towers will be reinstated to streaming service UKTV with a warning about “offensive content and language”.

A 1975 episode titled The Germans was taken off the BBC Studios-owned platform because of “racial slurs”.

UKTV had temporarily removed the episode while it carried out a review.

The move had been criticised by Cleese who wrote on Twitter: “I would have hoped that someone at the BBC would understand that there are two ways of making fun of human behaviour.

“One is to attack it directly. The other is to have someone who is patently a figure of fun, speak up on behalf of that behaviour.”

One is to attack it directly.

The other is to have someone who is patently a figure of fun, speak up on behalf of that behaviour

According to reports, the Major’s scenes had already started to be edited out by some broadcasters.

As the Black Lives Matter movement has returned to prominence following the death of George Floyd, broadcasters and streaming services have reevaluated their content.

UKTV also operates channels including Gold, and many of its channels and its digital player were taken over by the BBC’s commercial arm BBC Studios last year.

A UKTV statement said: “We already offer guidance to viewers across some of our classic comedy titles, but we recognise that more contextual information can be required on our archive comedy, so we will be adding extra guidance and warnings to the front of programmes to highlight potentially offensive content and language.

“We will reinstate Fawlty Towers once that extra guidance has been added, which we expect will be in the coming days.

“We will continue to look at what content is on offer as we always have done.”

The Germans is still available to view on Britbox, which is part-owned by the BBC, with a message saying it “contains some offensive racial language of the time and upsetting scenes”. It is also on Netflix, carrying a warning about “language, [and] discrimination”.

In 2013, it was reported that Cleese agreed for the offending lines to be edited out when it was repeated on TV.

This week, many channels and comedy figures have been making moves to reassess what is acceptable in today’s society, following mass Black Lives Matter protests after the death of George Floyd.

HBO Max temporarily removed Gone With The Wind because of its “racial depictions”, and Little Britain was removed from the BBC iPlayer and Britbox because “times have changed”.

Netflix has also removed Little Britain plus David Walliams and Matt Lucas’s Come Fly With Me, and The League of Gentlemen and The Mighty Boosh.

Meanwhile, Ant and Dec apologised for impersonating “people of colour” on Saturday Night Takeaway, and requested ITV remove the 2003 and 2004 sketches from its catch-up service.