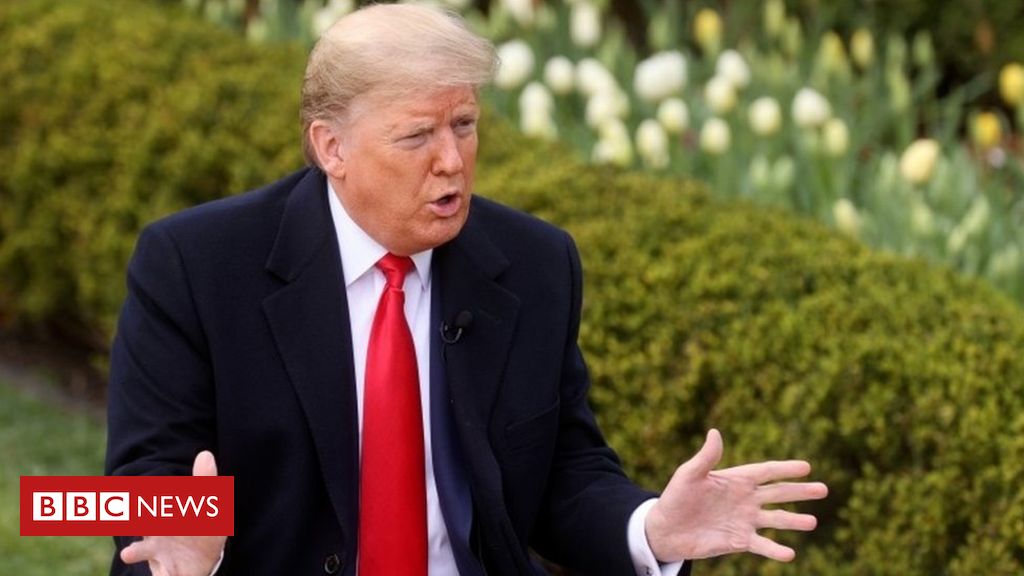 US President Donald Trump has said that the controversial chokehold method for restraining some suspects should “generally speaking” be ended.

Some US police forces have moved to ban chokeholds since the outbreak of anti-racism protests sparked by the death of George Floyd, an African American.

Mr Floyd died after a white officer knelt on his neck for nine minutes.

Mr Trump said it would be a “very good thing” to ban chokeholds, but they may still be needed in some situations.

The president’s interview comes with Democrats and Republicans in the US Congress trying to hammer out the details of a police reform bill – the proposed Justice in Policing Act of 2020.

But he continued: “If a police officer is in a bad scuffle and he’s got somebody… you have to be careful.”

“With that being said, it would be, I think, a very good thing that generally speaking it should be ended,” he said, adding that he might make “very strong recommendations” to local authorities.

The police officer who knelt on Mr Floyd’s neck has been sacked and charged with second degree murder.

Pressure for US police reform

Mr Trump – who has faced criticism for his responses to the outbreak of the protests against racism and police brutality – said he wanted to “see really compassionate but strong law enforcement”, adding “toughness is sometimes the most compassionate”.

Meanwhile, the governor of the US state of New York has ordered police departments to undertake major reforms, in response to the demonstrations.

Governor Andrew Cuomo said he would stop financing local authorities that failed to adopt reforms addressing excess use of force and bias in their police departments by next April.

He said he would sign an executive order for municipalities to “reinvent and modernize” their police departments to battle racism. Police disciplinary records would be publicly released and chokeholds would become a felony punishable by up to 15 years in prison.

“That should be done in every police agency in this country,” Mr Cuomo was quoted as saying by Reuters news agency.

Sitting alongside the governor at the news conference were Gwen Carr and Valerie Bell, the mothers of Eric Garner and Sean Bell, two unarmed black men who died in incidents with police.

Mr Garner died when a white police officer used a chokehold on him while making an arrest in 2014.