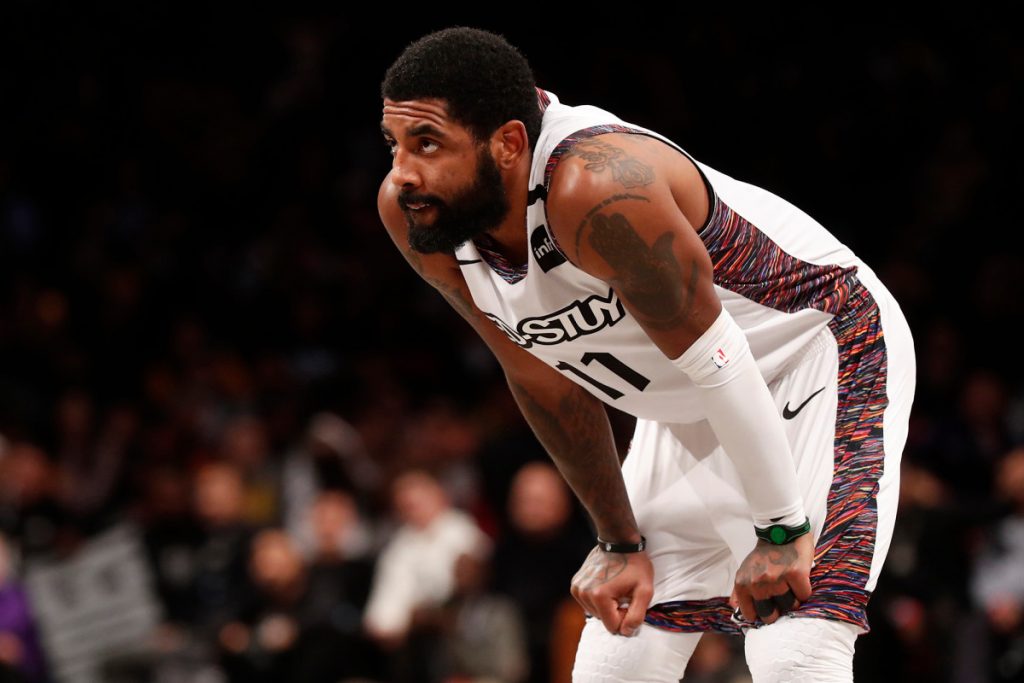 Kyrie Irving was a very vocal proponent of players not reporting to Orlando when the NBA season resumes because of nationwide unrest centering on social injustice and racism.

The Athletic reported the Nets guard — who is one of the player association’s vice presidents — led a call with more than 80 players, including union president Chris Paul, Nets teammate Kevin Durant, Carmelo Anthony, Donovan Mitchell and Dwight Howard late Friday night. On the call, which lasted more than an hour, the players discussed the possibility of sitting out the restart, which is scheduled to begin in late July, because of coronavirus issues and as a way to make a stand against social injustice.

Protests continue throughout the country after the killing of George Floyd at the hands of a police officer in Minneapolis on May 25. NBA players and coaches have been among the strongest sports voices against social injustice and racism in recent years.

“I’m willing to give up everything I have [for social reform],” The Athletic reported Irving, who was lost for the season in March because of a shoulder injury, said on the call.

According to Yahoo, the call — which included WNBA players — was meant to discuss unity, systemic racism, investing in communities and ultimately led to the theme of them all being in it together with whatever they decide to do.

“I don’t support going into Orlando,” The Athletic reported Irving, who is not expected to play because of injury, said on the call. “I’m not with the systematic racism and the bulls–t. Something smells a little fishy.”

READ  Tips for taking out a mortgage in Norway

The NBA Board of Governors voted 29-1 on June 4 to bring back their season, with training camps beginning June 30 and the season reopening July 31 with a 22-team format at Disney’s Wide World of Sport complex. The NBA players union approved the league’s restart plan, but safety concerns remain among the players. The teams will be isolated in a “bubble” and have to abide by coronavirus safety protocol still to be finalized.

The NBA and the union are expected to give players the option of staying home, without facing discipline or fines, ESPN reported this week. Nevertheless, players’ salaries would be reduced, based on how many games they missed.

Mitchell, the Jazz star, added that there is a “big [injury] risk” picking up a season after such a long time off, according to The Athletic.

Irving’s Nets currently sit seventh in the East. They will partake in the eight-game regular season that will be followed by a potential play-in series and then the playoffs under the restart format.

One player told ESPN he felt Friday’s call was productive and appreciated Irving’s words and efforts.

“He’s trying to give players a platform to be able to have a discussion — on the bubble, racial equality and unity. … It’s a good call,” the player said.

According to ESPN, the most recent offer for a WNBA season includes a 22-game regular season starting July 24. The games would take place at IMG Academy in Florida.