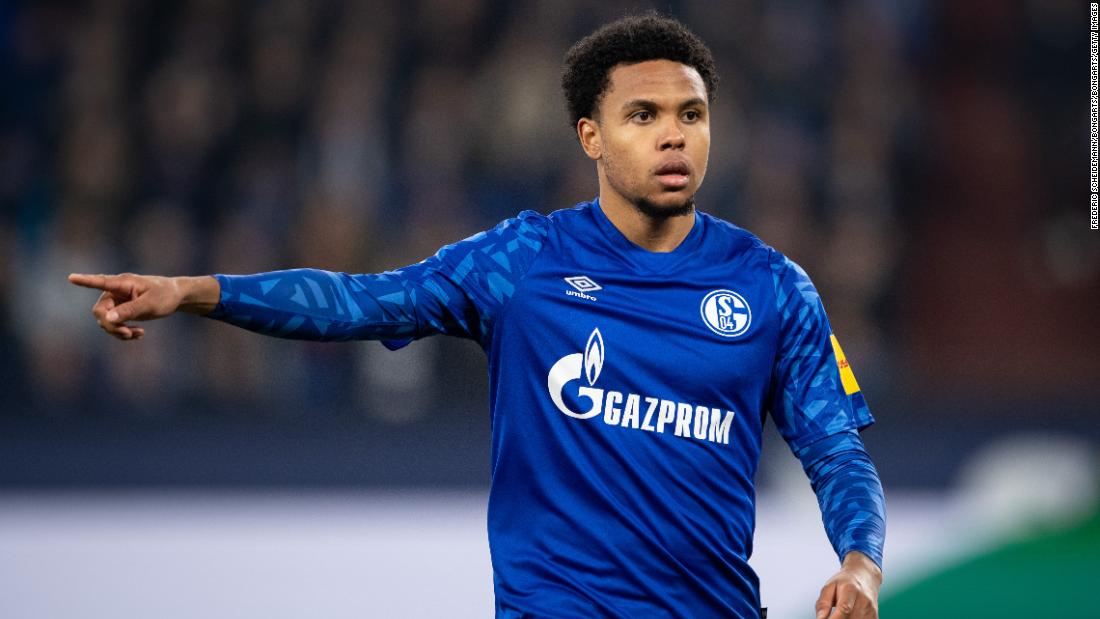 The 21-year-old wore an armband bearing the words ‘Justice for George Floyd’ when Schalke played Werder Bremen at the end of May. Fellow Bundesliga stars Jadon Sancho and Achraf Hakimi sported handwritten messages on their shirts calling for justice for George Floyd, while Marcus Thuram took a knee after scoring.

“I don’t think he’s the right president for this time, to handle a situation like this,” McKennie told CNN’s Darren Lewis. “You’re supposed to be our president, you’re supposed to help in this situation. Not throw oil onto a fire.

“I don’t think he’s the right type of president for it, right now we need a president that can stand up and do something, that will stand up and say when enough is enough. He was taken to a bunker and he’s hiding out safe somewhere.

“Me, personally, I think he’s ignoring the whole situation and not using his full potential power. He’s the president, he can try and influence a law that the police who go about handling situations like this [Floyd] get punished for it and are held accountable for their actions.”

READ: Eintracht Frankfurt supports Black Lives Matter movement with specially designed jersey
READ: ‘It is not only people of color that should be fighting racism. We all have to,’ says Dybala

The White House wouldn’t comment on McKennie’s remarks to CNN.

While living in Texas during his time in the youth academy of Major League Soccer club FC Dallas, McKennie says it wasn’t uncommon to spot Confederate flags while driving through the state. Often it felt like some people were still living “in the 1960s,” says Mckennie.

He remembers having conversations with his brother and father as he started to question whether moving with his family was the right decision. McKennie says he also thought about a future in which he may have a child or wife that would leave the house and not come back.

“No white man or woman will ever understand what we have to go through,” he says. “Will never understand, especially in America, having to go to a neighborhood and fear for your life or walking around and being judged in places that normally, typically, a black person shouldn’t be.

“I’m sure there are people that look at black men and women, see them with a nice car or see them with something nice and they think: ‘Oh, that’s probably not theirs.’

While Floyd’s death has once again highlighted the issue of racism in the US, McKennie is acutely aware the problem is global.

“I’ve obviously been called all types of things here and there in America,” he says. “But one of the things I always preach is that it’s a global problem because most of my racist encounters have been in Germany.

McKennie’s protests haven’t been limited just to the pitch.

The 21-year-old has joined marches in Gelsenkirchen, Germany, Schalke’s home city, and while he’s wary of this being another false dawn in the fight against racism, he feels the current global drive for changes marks a watershed.

“You’re going to look back at this and whenever I’m an adult, when I’m 40 and say: ‘I was a part of that, I helped that situation, we all came together, not just in the nation, as a world.’

“When has the world been on the same page? There’s wars and there’s people fighting, and it seems like everyone is putting down their hatred for each other to come together to support this situation. So it’s definitely a monumental occurrence.”