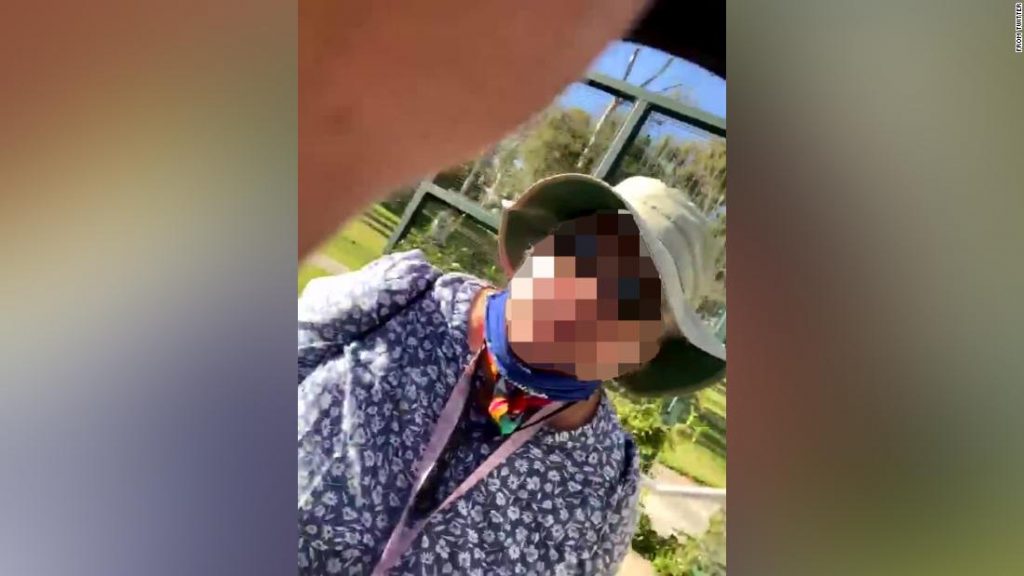 The footage, recorded Wednesday by a young woman in the coastal city of Torrance and viewed thousands of times online, captures part of the encounter with an unidentified older woman, who is seen yelling at the younger Filipino American woman for allegedly blocking stairs to exercise.

​CNN has agreed to identify the younger woman only as “Sherry” because of her fear of further harassment. She has seen videos and heard of similar racist encounters on social media but never thought it would happen to her. The encounter happened as nationwide anti-racism protests persist following the Minneapolis police killing of George Floyd.

“I was minding my own business,” Sherry said. “I thought this would never happen to me. I thought if you just mind your business, nothing could happen.”

“I don’t feel safe here now,” she said. “It was somewhere I called home because it reminds me of Hawaii, where I was born and raised, and now I just don’t even want to go out.”

‘We want to make the park feel safe for everybody’

The Filipino American woman filed a criminal threat report Thursday and an investigation is underway, the Torrance Police Department told CNN. Officers have not positively identified the other woman but say they have an idea who she may be.

“We’ve been investigating since yesterday and trying to gather the information because we want to make the park feel safe for everybody,” said Alexander Martinez, spokesman at the Torrance Police Department. “And we also had a second matter that was also brought up from October of last year, for an incident at the mall where it’s believed that the same female struck a patron at the mall.”

Police plan to contact her as soon as possible to get a better understanding about how the argument unfolded, they said.

CNN has reached out to the mayor of Torrance for comment.

The encounter happened while Sherry was working out on a set of stairs in the park, she told CNN.

“So, I was working out — I like to jump on the stairs and just go side to side, so I was just doing that — and all of a sudden I see her and she goes around another Asian lady doing Tai Chi and then walks down those stairs and then goes up my stairs and then comes back down and kind of like nudges me on my left shoulder, and that’s when I said, ‘Oh Jesus,'” Sherry said.

According to census data, 36.6% of Torrance’s population identifies as Asian. It is the second largest racial group in the city, which is home to one of the largest Japanese American populations in the United States.