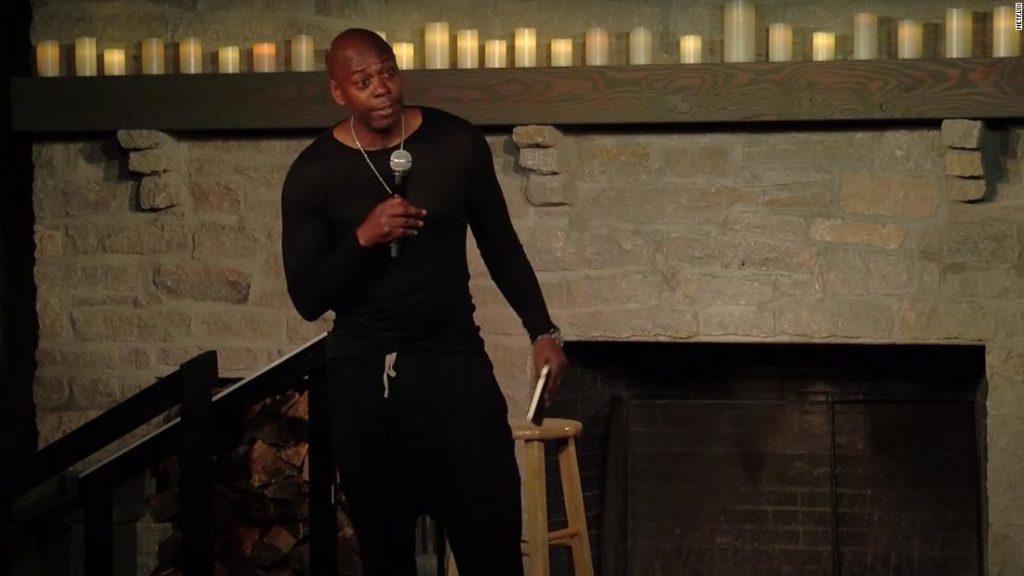 The 27-minute monologue is entitled “8:46,” which is the amount of time former Minneapolis police officer Derek Chauvin was filmed kneeling on Floyd’s neck before he died.

Chappelle noted that eerily enough “8:46” is also the time of day when the comedian was born.

Right off the bat, Chappelle acknowledges that the socially-distanced performance, which was filmed on June 6 in Yellow Springs, Ohio, is “weird and less than ideal circumstances to do a show.”

He gets raw about everything from Floyd’s death to the media in a set that is heavier on observations than jokes.

“What are you signifying that you can kneel on a man’s neck for 8 minutes and 46 seconds and feel like you wouldn’t get the wrath of God?” Chappelle said. “That’s what is happening right now. It’s not for a single cop, it’s for all of it.”

He took exception to CNN’s Don Lemon, who accused celebrities of “sitting in your mansions and doing nothing.”

“Does it matter about celebrity? No,” Chappelle said. “This is the streets talking for themselves. They don’t need me right now.”

The special is currently streaming for free on YouTube.