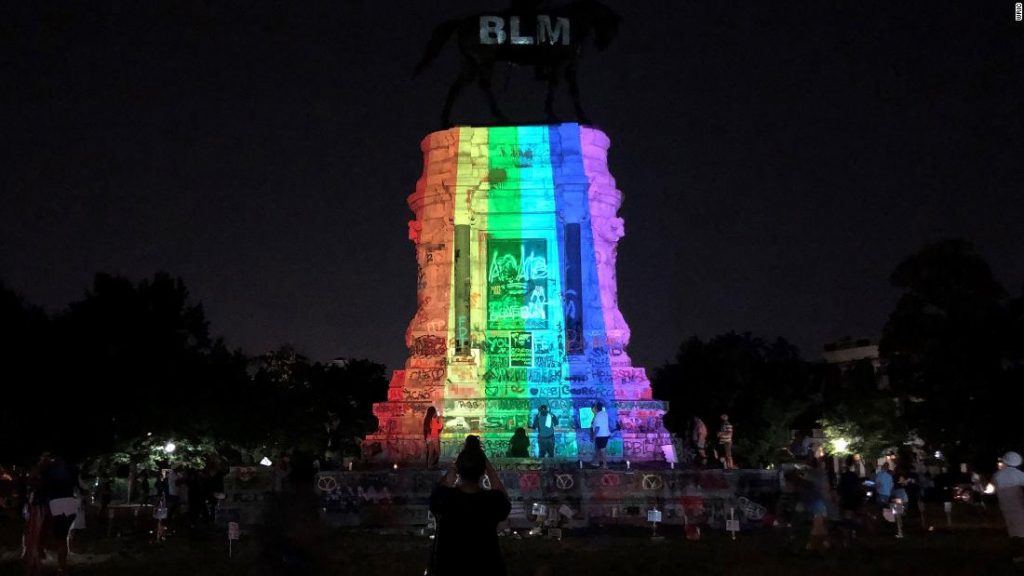 The statue of Confederate Gen. Robert E. Lee has been the site of many protests since the death of George Floyd and is the same one currently in legal limbo after the governor’s order to remove it was met with a lawsuit.

After multiple protests, the statue has been covered in multicolor spray paint with phrases like “Black Lives Matter” and “Stop White Supremacy.”

Earlier this month, Gov. Ralph Northam announced he would remove the statue honoring the Confederate general, calling it “wrong” during a news conference.
His effort has currently been stalled by a county circuit judge.