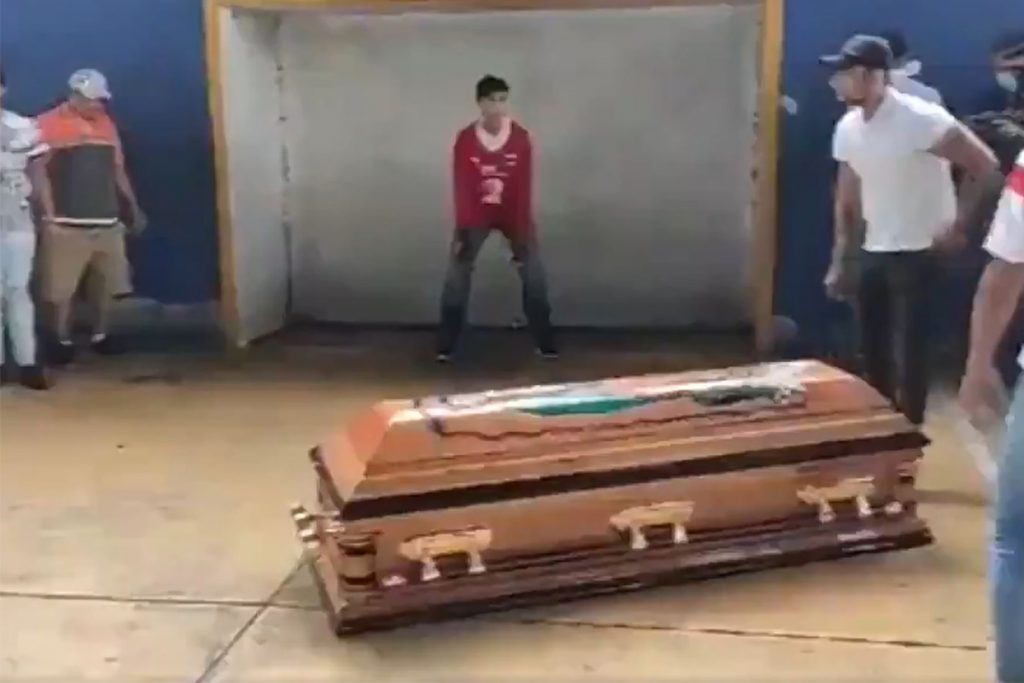 VINCENTE CAMALOTE, Mexico — Mexican soccer teammates of Alexander Martinez, a 16-year-old whose death this week was blamed on police, mobbed his wooden coffin this week after kicking a ball off it and bouncing it into the goal so he could score one final time.

After one last match on home ground in the southern Mexican state of Oaxaca, Martinez was buried in his home village of Vicente Camalote on Thursday. A dozen teammates participated in the moving farewell on a plaza pitch where he used to play.

It was not immediately clear what caused the death of the teenager, a dual U.S.-Mexico citizen who returned from the United States four years ago. Local media reported he went out to buy soda on Tuesday afternoon and was shot dead by police in an apparent case of mistaken identity.

His death came after several other police killings in Mexico, fanning rage over rights abuses by police in a nation where authorities have long faced accusations of torturing, abducting and even killing citizens.

There have been street protests in the country’s two biggest cities, the capital Mexico City and Guadalajara, inspired by similar demonstrations in the United States in the wake of the police killing of George Floyd, a black man.

The emotional funeral service was attended by about 300 people, a Reuters witness said. Video of the final winning “goal” by Martinez has gone viral on Mexican social media.

Flowers were later draped over his coffin along with two soccer shirts, including a yellow jersey of French soccer champions Paris Saint-Germain and blue and white stripes of Mexican outfit C.F. Monterrey. Martinez played for a team affiliated with Monterrey.

READ  Kovid: How Pfizer and Astrogene's defense weakens over the months

Oaxaca State Governor Alejandro Murat promised to investigate. “In Oaxaca, the law will apply, without hesitation, for those responsible for Alexander’s case,” he said on Twitter.

Interior Minister Olga Sanchez said on Twitter she was also following the case.