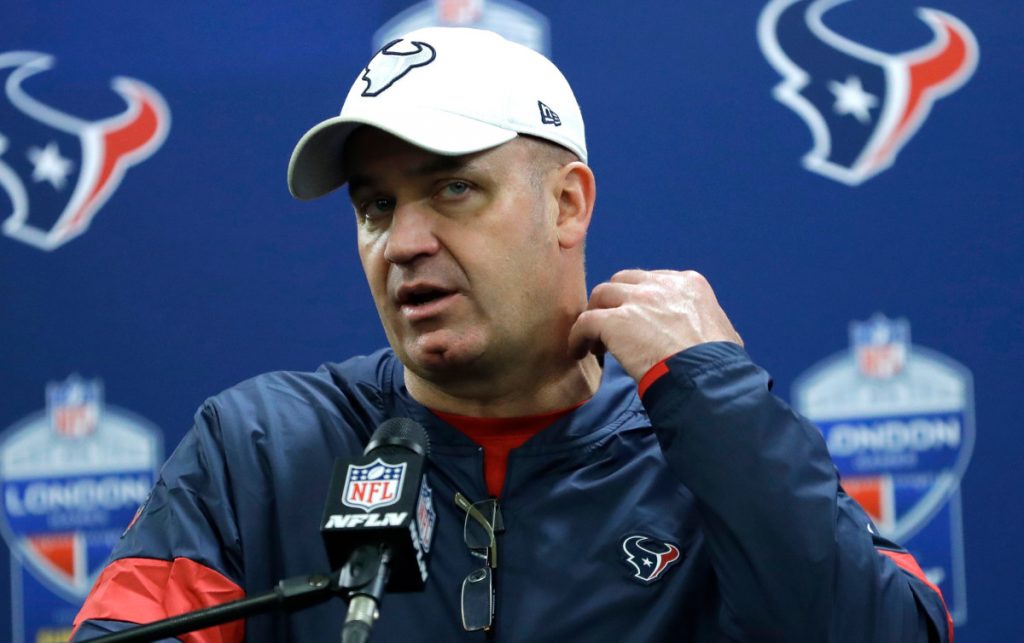 One NFL coach said he’s ready to take a knee during the national anthem next season with his players to protest racial injustice and police brutality.

“Yeah, I’ll take a knee — I’m all for it,” Houston Texans coach Bill O’Brien told the Houston Chronicle on Friday. “The players have a right to protest, a right to be heard and a right to be who they are.

O’Brien, along with Texans chairman and CEO Cal McNair, JJ Watt and many other players, attended George Floyd’s funeral earlier this week. The 50-year-old, who will be entering his seventh season as the Texans’ coach, spoke last week about the state of race relations in the United States, saying, “We all have to stand up and understand that what is going on in this country right now is wrong.”

O’Brien also strongly supported his players taking a knee in 2017 after then-owner Bob McNair, who died in 2018, was heavily criticized for saying during an owner meeting that “we can’t have the inmates running the prison.” That was in reference to player demonstrations and protests during the national anthem at the time.

“I support my players 100 percent,” O’Brien said after the first game played since that controversy erupted. “I love my players. I support them 100 percent.”

In Friday’s Chronicle article, O’Brien also said he thinks the Texans’ organization — led by owner Janice McNair and the rest of the family — is “trying to find ways to fight racial injustice in this country.” Janice gained ownership of the team.

READ  Why are those qualities permanent?

“It wasn’t a conscious effort,” O’Brien told the website, referring to the Texans’ response to Floyd’s death. “It wasn’t like we had a conversation together and decided to do it. I think we just said enough is enough, and we’ve got to do what’s right. As an organization, we’re part of the conversation, and we want to do our part.”

Floyd, 46, died on May 25 in Minneapolis after police officer Derek Chauvin, 44, pressed his knee into Floyd’s neck for more than eight minutes after Floyd was suspected of spending a counterfeit $20 bill.