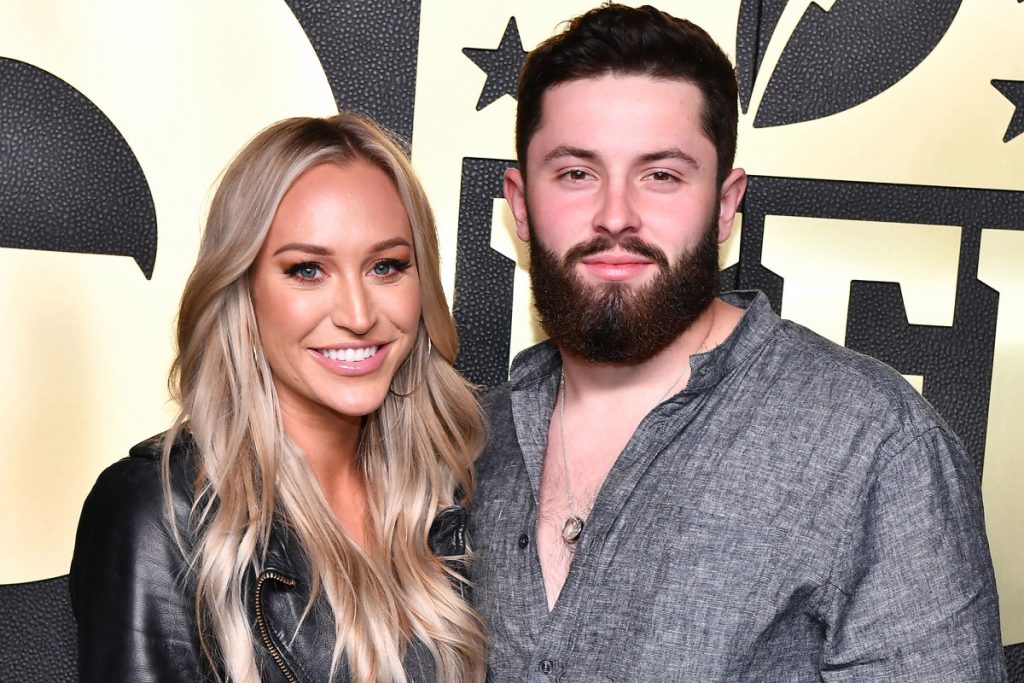 Emily Mayfield, the wife of Browns quarterback Baker Mayfield, took to Instagram over the weekend, reacting to her husband’s national anthem remarks.

After Mayfield said Saturday he planned to kneel as a sign of solidarity with black players in the NFL, the third-year quarterback elaborated on his comments in an Instagram story.

“Everybody so upset about my comment doesn’t understand the reasoning behind the kneeling in the first place… Nate [Boyer] and Kap [Colin Kaepernick] came to an agreement that kneeling was the most respectful way to support our military while also standing up for equality,” Mayfield wrote, noting he’s “okay” with losing fans over his stance.

Emily, who has been married to Mayfield for nearly a year, shared his post on her own platform, adding three hearts in the Browns’ colors. She also reposted a message from the Big Apple Browns fan account that read, “Proud of our QB.”

Mayfield also posted a video of himself on Saturday working out in an “I Can’t Breathe” shirt. George Floyd said “I can’t breathe,” as former Minneapolis cop Derek Chauvin pressed his knee into Floyd’s neck before his death.

Nationwide protests have taken place in the wake of Floyd’s death, with several NFL players — including Odell Beckham Jr., Saquon Barkley, and Jamal Adams asking the league to “listen to your players” in a Black Lives Matter video.