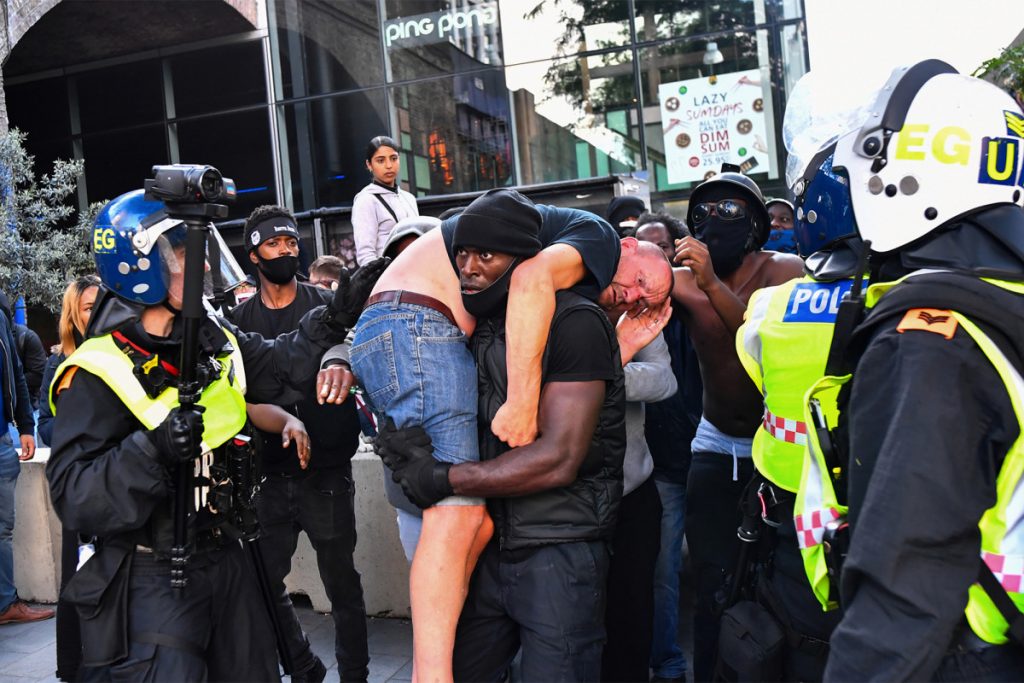 A Black Lives Matter protester slung an injured white counter-protester over his shoulder to carry him to safety during otherwise violent clashes between the rival groups that rocked London this weekend.

“We saved a life today,” said martial artist Patrick Hutchinson, identified by The Sun as the heroic protester in now-viral photographs.

“We had each other’s back and protected those who needed us,” he said, along with a photo of the chaotic rescue scenes

Hutchinson — a personal trainer and Muay Thai fighter — went viral after being photographed marching through angry mobs while carrying the apparent rival, injured during skirmishes in tourist hotspots in central London Saturday.

Other Black Lives Matter marchers — including one wearing a protective helmet and goggles — put protective arms around the man as he was carried to safety through the crowds, flanked by police in riot gear.

The rescued man was not immediately identified, but crowd members told Reuters he was one of hundreds of right-wing counter-protesters who had disrupted George Floyd protests.

The counter-protesters said they wanted to “protect” monuments and statues targeted recently by anti-racism protesters for links to slavery and British colonialism.

Prime Minister Boris Johnson condemned the violence, saying “racist thuggery has no place on our streets.”

More than 100 people were arrested and 23 officers were injured, Scotland Yard said in a statement Sunday.

“Mindless hooliganism such as this is totally unacceptable,” he insisted.