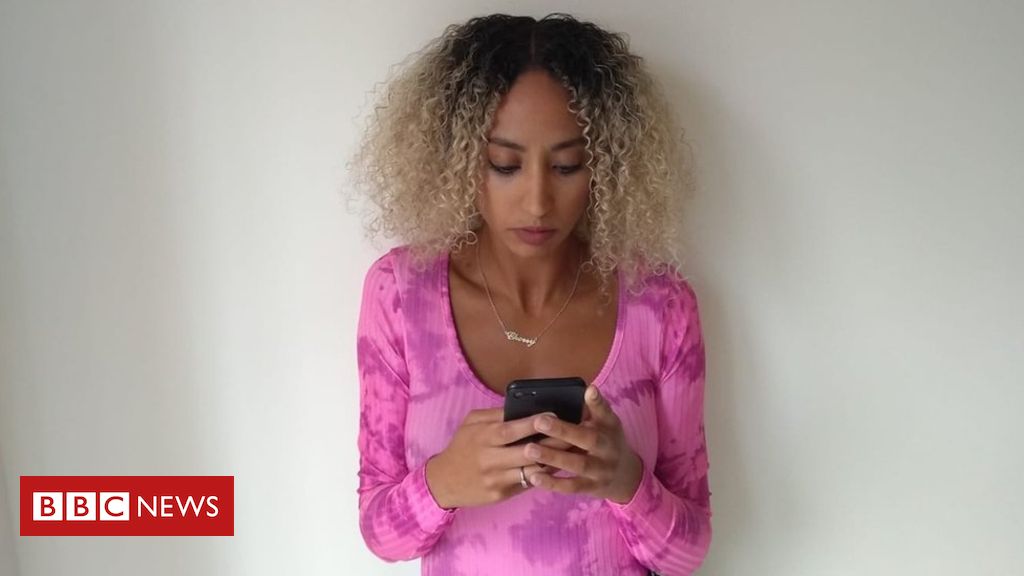 We probably all have that one friend on Facebook – who has exposed themselves recently as being racist.

Mine is someone who I know from where I grew up.

Normally I scroll past their statuses, slagging off their ex or their results from a Facebook quiz.

But with the focus on George Floyd’s death, anti-racism protests and the debate about removing controversial British statues, they’ve moved to posting casually racist stuff.

But when I see stuff like that, it stings.

It just reminds me of all the racist names I’ve been called, all the times I’ve been asked, “Where are you from?” (England)

“No where are you from, from?” (Oh you mean why do I have this colour skin?)

It reminds me of the time me and my sister couldn’t get into a London club because they wanted a “European crowd” (code for white), and of all the times people think it’s okay to touch my curly hair (I’m not a pet).

Racism is more than just calling someone the “N-word”.

I don’t know if I have the energy to respond to this person’s posts, but if I don’t speak up, am I just letting them off the hook?

Cherry Wilson is a proud northerner who recently moved back to Stockport, Greater Manchester, where she grew up.

She studied journalism in Sheffield and was the first in her family to go to university.

Her passion is telling the stories of the people and communities behind the headlines, exploring issues that matter to them.

She has a great love for cups of tea, jerk chicken, chips and gravy and Coronation Street.

I decided I should do something. But needed advice on whether to click the unfriend button or the reply button.

“If you’re trying to just safeguard your mental health, I would not say you need to approach that person.

But if you’re hoping to make them post things that are less racist or be more compassionate, you might consider hitting that reply button.

“If you are trying to remind other people that social norms do not permit this kind of behaviour then I would say you should address that person and have a conversation with them.

“Even if it doesn’t change their mind, it might give them a different sense of what’s considered acceptable behaviour.”

When I see the posts from the person I know, I wonder whether replying to them would change anything.

I can just hear them now – “You’re just playing the race card.”

So I’ve asked other people what they’ve done when they’ve come across racist and ignorant posts.

“I definitely started to reply to comments, but it got bad,” Alisha Standing, 27, told me.

“Someone told me I deserve to get raped while I was trying to explain why it’s important that Black Lives Matter has its own voice vs All Lives Matter.

“After that, I just decided to delete and block people. It actually scarred me a bit, to be honest.”

Comedian and author Njambi McGrath took the time to reply to a man she considered racist even though it can sometimes feel “exhausting”.

But she believes by sharing her thoughts it might make him think about how other people feel.

“If he goes home that day and even if he’s going to hold the same view, at the back of his mind he will know someone has raised a point.

“He is not as ignorant as he was before I engaged with him.”

Kasia Williams says her husband has experienced racism, so she feels it’s important for her to speak out when she sees it on Facebook.

“I can’t stay silent and ignore that. A lot of people did listen and said, ‘Thanks for sharing your knowledge’ and went on to educate others and I think that’s important.

“But unfortunately there are some people who don’t want to listen and I started to feel like it was a waste of time.”

Dr West says if you reply to people’s posts, don’t expect them to suddenly stop being racist.

“If you think that by arguing with them on the internet there will be less biased, the research says probably not. But they may be aware that other people do not appreciate their behaviour.

“There are ways to educate people but they still take time and usually don’t take the format of a shouting match on the internet.”

Matthew Collins, head of intelligence at anti-racism charity Hope Not Hate, says a lot of racism and bigotry comes from fear and a lack of understanding.

He calls it the “what-about-ery” – meaning “what about me?”

“They look at Black Lives Matter, and the two things that they say is, ‘Why should they get something I don’t have?’ and that they don’t understand the concept.

“They have a real fear that what little they have, they have something to lose by it.”

Matthew believes society is going to need strong leadership to address the issue of some people’s fears around racial equality in order to make significant progress.

“We have to bear in mind we’re going to come up against a lot of resistance unless we can soothe the fears of people who think equality for people of colour somehow takes something away from them – and of course it doesn’t.”

Having looked again at the Facebook page of the person I know, one of their latest posts takes the mick out of black men.

I can’t help but roll my eyes – I’m tired of it all. Time to click that unfriend button.