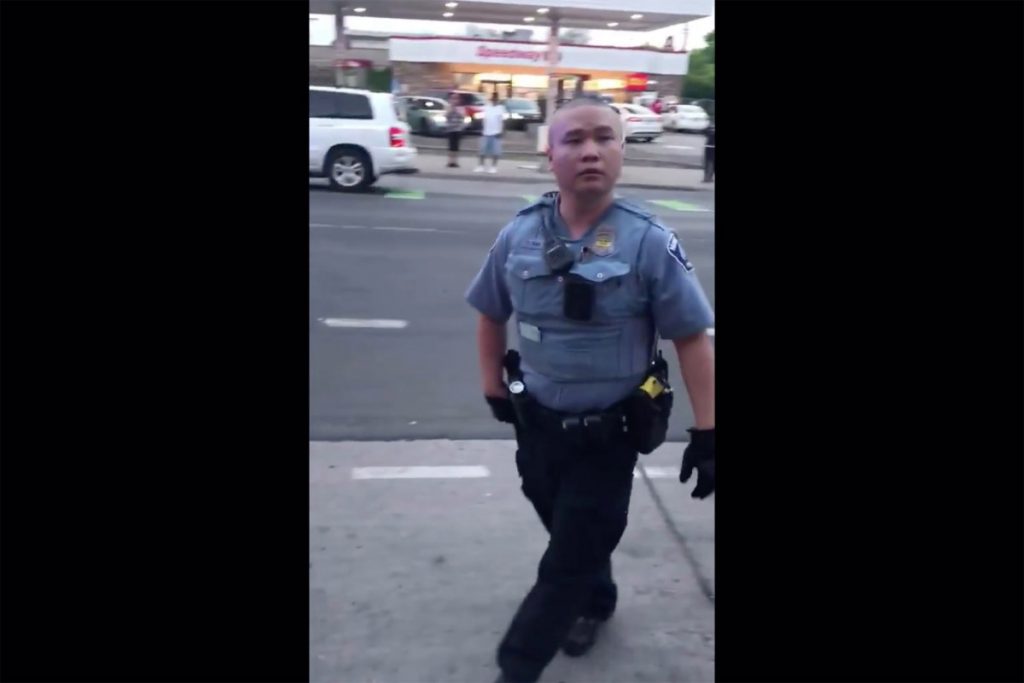 “You’re going to let him kill that man in front of you?” one unidentified witness asked Officer Tou Thao as, feet behind the cop, Chauvin put a knee to Floyd’s throat in the street.

Thao moved from his spot only to keep the growing crowd from getting close to Chauvin as Floyd’s cries of “I can’t breathe” slowed, then stopped, giving way to silence.

The footage was posted Sunday to Instagram by Ben Crump, the attorney representing Floyd’s family.

“This is beyond disturbing, even harder to watch than the first video,” wrote Crump. “Tou Thao stood guard as Derek Chauvin MURDERED George Floyd … while witnesses of the execution tried to stand up for JUSTICE, tried to save George’s life!”

At least one onlooker repeatedly implores the cops to check Floyd’s pulse, which they can only be seen doing towards the end of the nearly six-minute video — as the unresponsive Floyd is loaded onto a stretcher.

Chauvin, Thao and two other cops have since been fired and hit with criminal charges including murder, as the death has sparked international protests.

“The protest of those bystanders, who refused to just stand by and let it happen, has reverberated around the world — fueling our protest against injustice and police brutality!! 8 minutes 46 seconds,” wrote Crump, referring to the amount of time that Chauvin knelt on Floyd’s neck, even after Floyd became visibly unresponsive.

“The four ex-officers MUST be convicted of MURDER for this hideous atrocity!” wrote Crump. “They MUST all be held accountable!!”